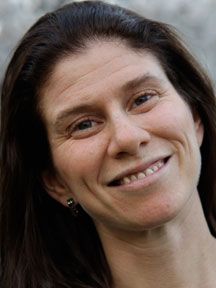 Acclaimed as a composer of “truly beautiful” and “hauntingly moving” music, Philadelphia native Amanda Harberg engages audiences and performers alike on both emotional and intellectual levels.

Harberg’s recent commissions include orchestral works for the Grand Rapids Symphony and the New Jersey Youth Symphony, Venus Unhinged by the Albany Symphony and David Alan Miller, Feathers and Wax for flutist Julietta Curenton’s debut with the Philadelphia Chamber Music Society, Concerto for Viola and Orchestra, commissioned by violist Brett Deubner, Of Earth and Air by the University of Nevada Reno Symphony Orchestra, and and a new piece for pipe organ by Helen Hofmeister Hawley and the Westminster Presbyterian Church in Grand Rapids.

Harberg has recordings out on Koch International, Albany Records, Centaur Records, Walking Frog Records and upcoming recordings on American Modern Ensemble Records. She has taught at Juilliard, Interlochen, the Luzerne Music Center and the ASTA Chamber Music Institute, as well as maintaining an active private teaching studio since 1997. Harberg received her BM and MM from the Juilliard School where she studied with Stephen Albert, Robert Beaser and David Diamond, and where she was awarded the Peter Mennin Prize for outstanding accomplishment. Harberg lives in Glen Ridge NJ with her husband, Micah Fink and their two children, Lucas and Sydney.