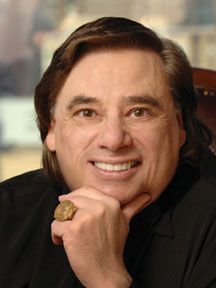 Born in New York City, Pasatieri had a Juilliard scholarship in composition at the age of 16, studying with Vittorio Giannini and Vincent Persichetti. He received the first doctorate ever given by Juilliard. He also studied with Darius Milhaud at Aspen where, at 19, his chamber opera, The Women, won the Aspen Festival Prize. Other honors include the Richard Rodgers Scholarship, the Marion Freschl Prize, the Irving Berlin Fellowship, and an Emmy Award.

His interest in native American voices has been seen in Pasatieri's work with young singers. His concern with the operatic education of children led him to write The Goose Girl, a 35-minute opera for young audiences (for which he wrote his own libretto).

For five years Pasatieri was the Artistic Director of the Atlanta Opera. At present he divides his time between composing, conducting and the presidency of his film production company, TOPAZ PRODUCTIONS.