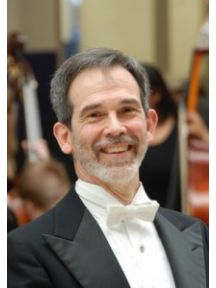 As soloist he has appeared with many orchestras, including the Philadelphia Orchestra under Aaron Copland and the Boston Pops under John Williams. His travels have taken him as performer and teacher to most of the 50 states, as well as Canada, Mexico, Puerto Rico, Central and South America, Europe, Japan, China, Australia, and New Zealand. Webster was Acting Principal Clarinet of the San Francisco Symphony, and has served on the clarinet and/or conducting faculties of New England Conservatory, Boston University, University of Michigan, and the Eastman School, from which he earned his three degrees. Currently he is Professor of Music at Rice University’s Shepherd School of Music and Artistic Director of the Houston Youth Symphony, which has won multiple first prizes in national performance competitions.

With his wife, flutist Leone Buyse, and pianist Robert Moeling, he plays in the Webster Trio, which has recorded his arrangements on Tour de France and World Wide Webster for Crystal Records. Other arrangements were recorded for Nami and Camerata Tokyo in Japan with pianist Chizuko Sawa. Webster has also recorded for Albany, Arabesque, Beaumont, Bridge, Centaur, CRI, and New World. He has played at many ClarinetFests for the International Clarinet Association and written a column entitled “Teaching Clarinet” in The Clarinet Magazine since 1998. Michael Webster is a Buffet artist-clinician, performing on Buffet clarinets exclusively.