$32.99
SKU
114-41759D
SKU
114-41759
Schubert's time in Hungary brought forth several important works for piano, four hands. Of these, Webster focuses on the Divertissement à l’hongroise, D.818, a rather lengthy affair that can exceed half an hour to perform. The third movement does not lend itself to a setting for flute, clarinet, and piano, but Webster has faithfully transcribed the first two movements (in reverse order) as an excellent example of the influence of Hungarian music on Schubert's writing. The opening Hungarian March has all the stately bounce and elegance of a Schubert March Militaire, and the Rondo is a charmed inspiration from the Schubert who created many hundreds of the world’s most beautiful lieder and ornamental instrumental chamber works.

Other works by Michael Webster

Other Mixed Trios you may enjoy 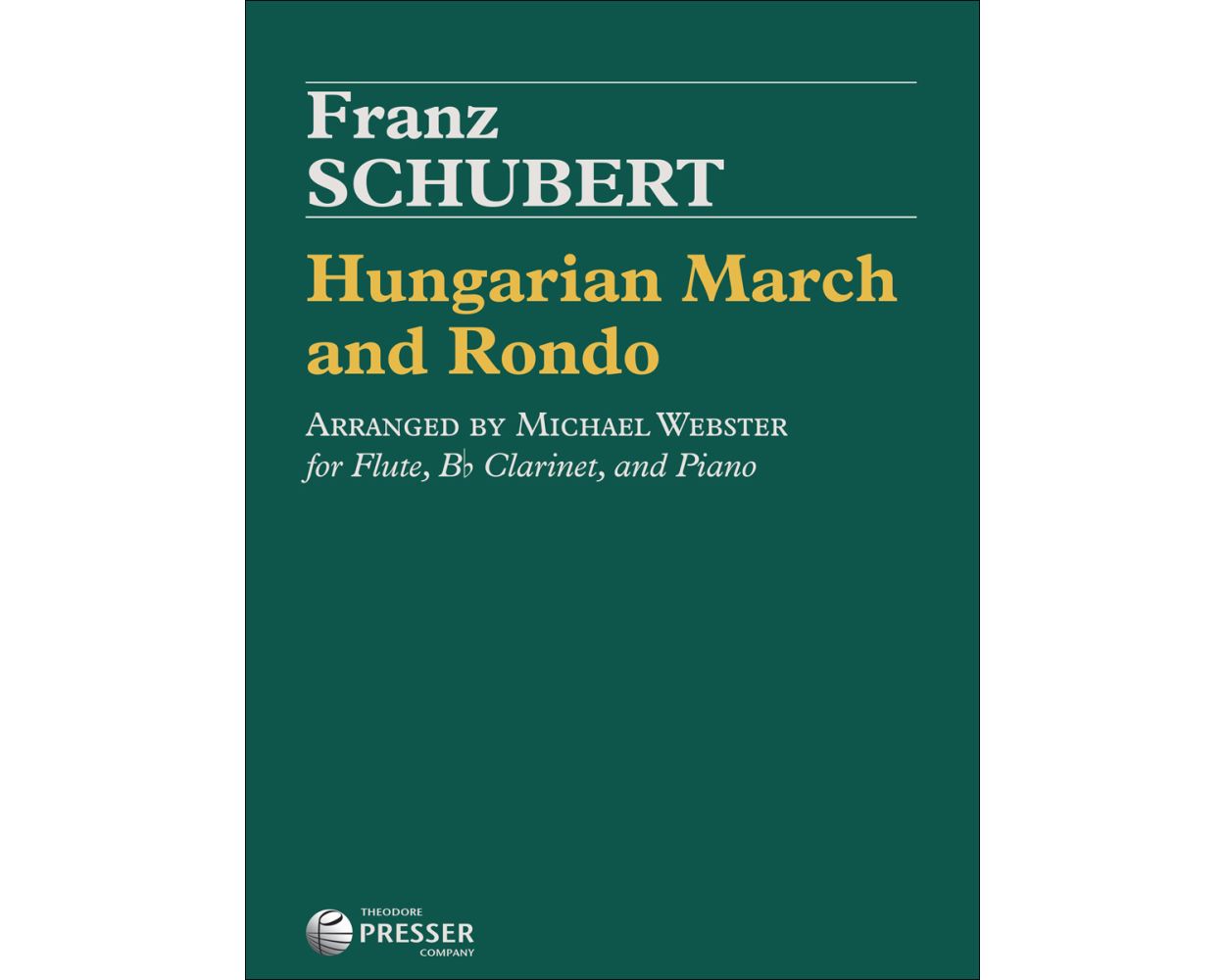