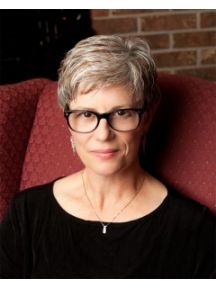 Hailed as an “...eloquent, poetic voice in contemporary music..,” in whose works “...spectacular sounds abound...” [American Record Guide], Melinda Wagner achieved widespread attention when her colorful Concerto for Flute, Strings and Percussion was awarded the 1999 Pulitzer Prize in Music. Since then, major compositions have included Concerto for Trombone and Orchestra, for Joseph Alessi and the New York Philharmonic, and a piano concerto, Extremity of Sky, commissioned by the Chicago Symphony for Emanuel Ax, who has also performed it with the National Symphony Orchestra, the Toronto Symphony, the Staatskapelle Berlin, and the Kansas City Symphony. In all, the Chicago Symphony Orchestra has commissioned three works by Wagner: Falling Angels, Extremity of Sky, and a forthcoming work. Other recent commissions include Little Moonhead, for the Orpheus Chamber Orchestra, Scamp, for the United States Marine Band, and Pan Journal, for Elizabeth Hainen and the Juilliard String Quartet. Ms. Wagner’s chamber works have been performed by many leading ensembles including the American Brass Quintet, the Philadelphia Chamber Music Society, the New York New Music Ensemble, and the Empyrean Ensemble. She is the recipient of a Guggenheim Memorial Foundation Fellowship, an award from the American Academy of Arts and Letters, three ASCAP Young Composer Awards, an honorary degree from Hamilton College, and a Distinguished Alumni Award from the University of Pennsylvania. Project support has come from the Barlow Endowment, the Fromm and Koussevitzky Foundations, and the Mary Flagler Cary Charitable Trust.

A passionate and inspiring teacher, Melinda Wagner has held faculty positions at Brandeis University, Smith College and Syracuse University. She has presented master classes at many institutions including Harvard, Yale, Cornell, Juilliard, and Eastman, and recently served as Master Artist at the Atlantic Center for the Arts. Ms. Wagner has been a mentor composer at the Wellesley Composers Conference (2010, 2012, 2013) and the American Composers Orchestra Underwood Readings. Other residencies include the Yellow Barn, Monadnock, and Vail Valley Music Festivals, and in 2015, the Mondavi Center for the Performing Arts Festival (UC Davis).

“Imagine Elliott Carter and Olivier Messiaen teaming up to write a concerto, add a certain lithe sense of mystery that is Wagner’s own and you’ll have some idea of ‘Extremity of Sky.’” When Tim Page wrote those words in the Washington Post about Wagner’s Piano Concerto, he also made mention of the “prismatic color and romantic fantasy.” Time and time again, commentators on Wagner’s music use a similarly rich, highly descriptive, emotive vocabulary.

In the composer’s own words:


Music offers composers an immeasurably rich and generous sonic landscape in which to explore the “life story” of each musical idea - its dramas, intrigues, joys and sorrows - a life. I strive to find various and persuasive ways of moving through the resulting temporal narrative, and to traverse a wide spectrum of expression and color on the way. Ultimately, I want listeners to know me; I want them to hear that while I enjoy the cerebral exercise, I am led principally by my ear, and by my heart.