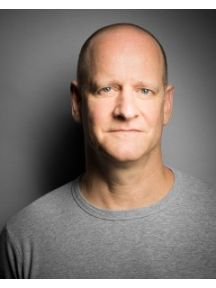 Lowell Liebermann was born in New York City in 1961. He began piano studies at the age of eight, and composition studies at fourteen. He made his performing debut two years later at Carnegie Recital Hall, playing his Piano Sonata, Op.1, which he composed when he was fifteen. He holds bachelor's, master's, and doctoral degrees from the Juilliard School of Music. Among his many awards is a Charles Ives Fellowship from the American Academy and Institute of Arts and Letters as well as awards from ASCAP and BMI. Theodore Presser Company is the exclusive publisher of his music.

Mr. Liebermann is one of America's most frequently performed and recorded living composers. Called by the New York Times "as much of a traditionalist as an innovator." Mr. Liebermann's music is known for its technical command and audience appeal. Having written over one hundred works in all genres, several of them have gone on to become standard repertoire for their instruments, including his Sonata for Flute and Piano, which has been recorded over twenty times, and his Gargoyles for Piano, which has been recorded at least fifteen times.

Lowell Liebermann has written two full-length operas, both of which were enthusiastically received at their premieres. His first, The Picture of Dorian Gray, was the only American opera to be commissioned and premiered by Monte Carlo Opera. His second opera Miss Lonelyhearts, to a libretto by J.D. McClatchy after the novel by Nathanael West, was commissioned by the Juilliard School to celebrate its 100th anniversary. Among his orchestral works, Mr. Liebermann has composed four Symphonies - the Second, with chorus, written for the centennial of the Dallas Symphony; a Concerto for Orchestra; three Piano Concertos; and Concertos for many other instruments. In the realm of chamber music, Mr. Liebermann has composed five string quartets - the two most recent for the Orion and Emerson Quartets respectively; four Cello Sonatas; three Piano Trios; Sonatas for Flute, Violin, Viola, Flute and Harp; and works for many other combinations. Sir James Galway has commissioned three works from Mr. Liebermann: the Concerto for Flute and Orchestra, the Concerto for Flute, Harp and Orchestra , and Trio No. 1 for Flute, Cello and Piano. Sir James premiered the Flute Concerto in 1992 with the St. Louis Symphony and the double concerto with the Minnesota Orchestra in 1995.