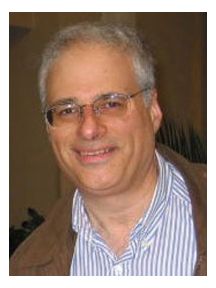 Jay Reise is the composer of the opera Rasputin which was commissioned by the late Beverly Sills and premiered by the New York City Opera in 1988. It was described in The Washington Times as "a spellbinding, challenging and profoundly beautiful creation." Rasputin was given its highly successful Russian premiere in Moscow by the Helikon Opera in September, 2008, and reprised in further performances in January and February, 2009.

Reise was born in 1950 in New York City and has lived in Philadelphia since he was appointed to the music faculty at the University of Pennsylvania in 1980. Previous to his appointment at Penn, Reise taught for four years at Hamilton College during which he composed his first two symphonies supported by grants from the National Endowment for the Arts and a Guggenheim fellowship. Symphony of Voices was premiered at the Monadnock Festival, and his Second Symphony was premiered by the Syracuse Symphony, conducted by Christopher Keene, and performed subsequently by the Philadelphia Orchestra. His Third Symphony was supported by the Dietrich and Rockefeller Foundations and premiered by the Long Island Philharmonic. Other awards and fellowships have come from the Fromm Foundation, Bellagio, the Camargo Foundation, and twice from the National Endowment for the Arts.

The music of Jay Reise music has been performed widely both in the United States and abroad including an all-Reise retrospective concert in Moscow in 2000. He has been a recipient of the US-Japan Creative Arts Fellowship and has served as Director of Contemporary Music at the Grand Teton Music Festival.

Deeply influenced by Carnatic (South Indian) music and jazz (especially Jimmy Giuffre and George Russell), Reise works with a technique that he calls "rhythmic counterpoint" in which rhythmic motives are developed within the phrase such that the cadence point is implied by the rhythms alone. This technique has been a part of his music since 1990.

Among his recordings are the chamber concerto Chesapeake Rhythms and Concerto for Cello and 13 Instruments recorded on CRI by Orchestra 2001. The Devil in the Flesh and Other Pieces (Albany) features pianist Marc-André Hamelin. Jay Reise: Chamber Music (Albany) was released in March 2008 through support from the Aaron Copland Fund for Music. Gregory Fulkerson, Jerome Lowenthal, Charles Ullery and the Cassatt Quartet have also recorded his music.