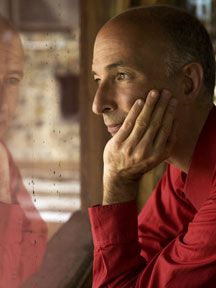 Fanfare magazine described the music of David Leisner as "rich in invention and melody, emotionally direct, and beautiful." Guitar Review wrote, "Not many composers manage to be equally satisfying to the hands, the ear and the mind as Leisner has."

Leisner's complete works for flute and guitar have been recorded by the Cavatina Duo on the much acclaimed Acrobats album for the Cedille label, and he himself recorded his complete solo guitar works on Self-Portrait for Azica. Other works currently available on CD are on the SonyClassical, Dorian, Centaur, Town Hall, Signum, Acoustic Music, ABC, Athena, Fleur de Son and Barking Dog labels.

Works and commissions include Love Dreams of the Exile for the flute/guitar Cavatina Duo and the Avalon String Quartet, Das Wunderbare Wesen for baritone Wolfgang Holzmair and cello, West Wind for tenor William Ferguson and guitar, A Timeless Procession for baritone Holzmair and string quartet, Away for the Arc Duo, Of Darkness and Light for the Stones River Chamber Players, Vision of Orpheus for the St. Lawrence Quartet and Leisner (20th Century Unlimited series), Embrace of Peace for the Fairfield Orchestra, The Cat that Walked by Himself for the Los Angeles Guitar Quartet, Battlefield Requiem for solo cellist Laurence Lesser and the New England Conservatory Percussion Ensemble, Fidelity for tenor Bruce Fowler, baritone Robert Osborne and pianist Warren Jones, and Ad Majorem Dei Gloriam for the Saturday Brass Quintet.

He has received composition grants from the American Music Center, the Alice M. Ditson Fund, the New England Foundation for the Arts and Meet the Composer. His works are published by Theodore Presser Co., G. Schirmer, Doberman-Yppan and Columbia Music.

David Leisner also maintains a busy career as a concert guitarist, performing in recital and as a soloist with orchestras around the world. Winner of top prizes in international guitar competitions at Geneva and Toronto, he is a featured solo artist with Azica Records, and has recorded chamber music on the Telarc, Koch and Etcetera labels, and concertos for Naxos and Opus One. Leisner is currently the co-chair of the guitar department at the Manhattan School of Music and also taught at the New England Conservatory for 22 years. A regular composition juror for the BMI Student Composer Awards, he has also been a juror for the New York Youth Symphony's First Works commissions. A graduate of Wesleyan University, he studied composition with Richard Winslow, Virgil Thomson, Charles Turner and David Del Tredici.