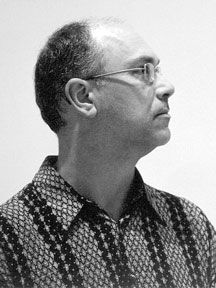 David Felder has long been recognized as a leader in his generation of American composers. His works have been featured at many of the leading international festivals for new music, and earn continuing recognition through performance and commissioning programs. Felder's work has been broadly characterized by its highly energetic profile, through its frequent employment of technological extension and elaboration of musical materials (including his "Crossfire" video series), and its lyrical qualities.

Felder serves as Birge-Cary Chair in Composition at SUNY, Buffalo, and has been Artistic Director of the "June in Buffalo" Festival from 1985 to the present. Since 2006, he has been Director of the Robert and Carol Morris Center for 21st Century Music at the University. From 1992 to 1996 he was Meet the Composer "New Residencies", Composer-in-Residence to the Buffalo Philharmonic Orchestra and WBFO-FM. In 1996, he formed the professional chamber orchestra, the Slee Sinfonietta, and has been Artistic Director since that time. In 2008, he was named SUNY Distinguished Professor, the highest rank in the SUNY system. An active teacher and mentor, he has served as Ph.D. dissertation advisor for nearly fifty composers at Buffalo, many of whom are actively teaching, composing and performing internationally at leading institutions. Felder served as Master Artist in Residence at the Atlantic Center for the Arts in February-March, 2010. His work is published by Theodore Presser, and Project Schott New York, and recordings are available on Bridge, Mode, EMF, and Albany. Several new recordings in surround will be released on Albany Records in 2012.