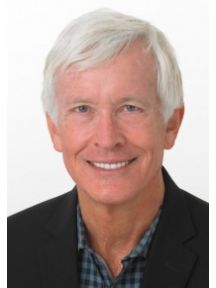 In 2012, the American Academy of Arts and Letters presented to Dan Welcher an Arts and Letters Award in Music.  The citation reads, in part, “As intense as it is elegant, Dan Welcher’s music takes his listeners on a surprising yet inevitable path….Every work in his wide-ranging catalogue is written with the strongest musical signature”. That catalogue now numbers well over 140 works in every conceivable genre, including three operas, seven concertos, six symphonies; plus vocal literature, piano solos, and various kinds of chamber music. Born in 1948 in Rochester, New York, Dan Welcher is now one of the most-played composers of his generation.

Dan Welcher has won numerous awards and prizes from institutions such as the American Academy of Arts and Letters, The Guggenheim Foundation, The National Endowment for the Arts, The Reader's Digest/Lila Wallace foundation, The Rockefeller Foundation, the American Music Center, and ASCAP.  From 1990 to 1993, he was Composer in Residence with the Honolulu Symphony Orchestra, funded by Meet The Composer, Inc. His orchestral music has been performed by more than sixty orchestras, including the BBC Symphony, the Chicago Symphony, the Boston Symphony, the St. Louis Symphony, the Atlanta Symphony, the San Francisco Symphony, and the Dallas Symphony. His ballet for two antiphonal string quartets, MUSEON POLEMOS, was premiered by the Miró String Quartet and the Shanghai String Quartet in 2012. His Sixth Symphony ("Three Places in the East"), commissioned by a consortium of leading conservatories and music schools, was premiered in the fall of 2017, and his third opera THE YELLOW WALLPAPER debuted in December of 2018.

In the course of his career, Welcher held a number of teaching positions: at the University of Louisville School of Music, the Aspen Music Festival, and the University of Texas.  He held an endowed chair at the latter, from which he officially retired in the summer of 2019.