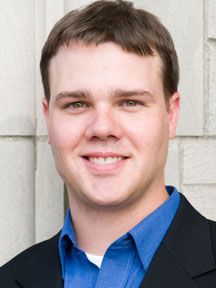 The music of Clint Needham has been described as “wildly entertaining” and “stunning... brilliantly orchestrated” by The New York Times, as well as “well-crafted and arresting...riveting” by the Herald Times. Needham recently served as the Music Alive: New Partnerships Composer-in-Residence with the Albany Symphony where his work “Everyday Life” was premiered, and was the Andrew W. Mellon Composer/Educator-in-Residence during the orchestra’s 2014/2015 season.

As an educator, Needham currently serves as Composer-in-Residence/Assistant Professor of Music at the Baldwin Wallace Conservatory of Music. He has served as an Associate Instructor at Indiana University Jacobs School of Music as well as Assistant Professor of Music at Ohio Wesleyan University. He holds degrees from Indiana University, where he was a four-year Jacobs School of Music doctoral fellow in composition, and from the Baldwin Wallace Conservatory of Music. His principal teachers include Claude Baker, Loris Chobanian, David Dzubay, Michael Gandolfi, Per Mårtensson, Sven- David Sandström, and Richard Wernick. He has also studied with Robert Beaser, Syd Hodkinson, Christopher Rouse, and George Tsontakis at the Aspen Music Festival as a Susan and Ford Schumann composition fellow and with Mario Davidovsky at the Wellesley Composers Conference as a composition fellow.