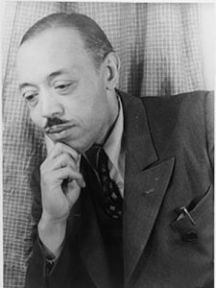 In 1918, Still joined the United States Navy to serve in World War I. Between 1919 and 1921, he worked as an arranger for W. C. Handy's band and later played in the pit orchestra for Noble Sissle and Eubie Blake's musical, Shuffle Along. Later in the 1920s, Still served as the arranger of Yamekraw, a "Negro Rhapsody" composed by the noted Harlem stride pianist, James P. Johnson. His initial hiring by Paul Whiteman took place in early November 1929.

In 1934, Still received his first Guggenheim Fellowship; he started work on the first of his eight operas, Blue Steel. In 1949 his opera Troubled Island, originally completed in 1939, about Jean Jacques Dessalines and Haiti, was performed by the New York City Opera. It was the first opera by an African American to be performed by a major company.

Still moved to Los Angeles, in the 1930s, where he arranged music for films. These included Pennies from Heaven (the 1936 film starring Bing Crosby and Madge Evans) and Lost Horizon (the 1937 film starring Ronald Colman, Jane Wyatt and Sam Jaffe). ForLost Horizon, he arranged the music of Dimitri Tiomkin. Still was also hired to arrange the music for the 1943 film Stormy Weather, but left the assignment after a few weeks due to artistic disagreements.

He was the first African American to have an opera performed on national United States television when A Bayou Legend, completed in 1941, premiered on PBS in June 1981. Additionally, he was the recording manager of the Black Swan Phonograph Company.