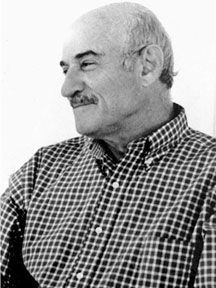 His opera A Death in the Family, in which Dawn Upshaw played the lead, is a repository of such lyricism. So are two oratorios, The Eve of St. Agnes and Spring Came On Forever, commissioned and premiered by The New York Choral Society, and the orchestral works Andante for Strings and Of Rivers and Trains, which looks back in time to the early days of river transportation.

Again and again, Mayer's scores evoke the distant past. Even the titles: One Christmas Long Ago, Abandoned Bells and that of an all-Mayer recording, Voices from Lost Realms: reveal this reaching back through time. Some look back to his personal past. Of Dream's End the New York Times writes, "This instrumental sextet was written to memorialize a young family member, and its blend of pain, joy and acceptance is very moving." The far reaches of space no less than transparent textures and remote key relationships suggest this vastness in Two Pastels for orchestra and Inner and Outer Strings, recorded respectively by Skrowaczewski and Gerard Schwarz. "The revelation is Inner and Outer Strings" writes The NY Observer; "it juxtaposes the throbbing warmth of a string quartet with the indifferent chilliness of a string orchestra": (Charles Michener).

Amerigrove also comments on this juxtaposition of opposites: "Mayer's style is characterized by a contrasting of transparent textures with humorous, highly rhythmic and densely scored passages." No work better illustrates this duality than Octagon for Piano and Orchestra, the last of the many new works Leopold Stokowski introduced to American audiences. Of its Carnegie Hall premiere with William Masselos as soloist, critic Robert Weinstein writes: "Octagon is a shattering, bold and strangely beautiful piece of musicStructurally it is fascinating. As soon as a lyric passage appears, it is bombarded, transformedlike a crystal before your eyes."

Quite separately, Octagon shows off Mayer's delight in sheer sound. In a letter to Mayer, George Rochberg admires the orchestral timbres: "I don't remember when I've heard the kind of gently metallic, ringing, glinting colors you command." In Mayer's vocal-chamber endeavors this sensitivity to instrumental timbre has combined with a gift of song to produce some of the composer's most memorable scores. Fern Hill, Eight Miniatures, Distant Playing Fields (recorded by the Chamber Orchestra of St. Luke's) and the familiar Enter Ariel number among them. These works also substantiate Charles Michener's observation that "Mayer is drawn to the poignant and self-reflective." His First Song and Last Song, programmed as a unit, impart a special poignancy, with one song expressing the outlook of a young boy, the other that of a great-great-grandmother. Of equal intensity are choral settings of Robert Burns' Ae Fond Kiss, composed for Robert De Cormier's seventieth birthday, and Langston Hughes' The Negro Speaks of Rivers, recently sung by the Gregg Smith Singers and the New York Virtuoso Singers.

Somewhat surprisingly, Mayer is almost as known for his humor as he is for his lyricism. The humor is a shade dark in Brief Candle, a six minute opera in three acts twitting life's brevity. But in Overture For An American, an orchestral salute to Theodore Roosevelt, the humor is joyous and robust. Mayer's piquant score to A.A. Milne's fanciful text, Good King Wenceslas, demonstrates the composer's "unusual flow of fancy and wit" the Joseph Machlis remarks upon in his Introduction to Contemporary Music. The little known Milne text is a tongue-in-cheek (but also touching) exploration of the "Good King's" identity. First performed in orchestral form by conductor Paul Dunkel and narrator Robert Sherman, who commissioned the score, it has found favor with adults and children alike.

Another work that straddles adult and young people's concerts is the widely performed Scenes from the Snow Queen (derived from the ballet, which depicts Hans Christian Andersen's Arctic tale). Over a dozen symphonic groups have performed the suite in such diverse locales as Oslo Minneapolis, New York, Montreal and Charleston (at the Piccolo Spoleto Festival). Mayer's first recognition actually came from his writing for young people's concerts. He drew early encouragement from Thomas Scherman, Director of The Little Orchestra Society, who commissioned the composer, and lyricist, Susan Otto, to create a new work for the Society's children's series. The result was Hello, World!, a musical trip around the globe that has had innumerable performances, broadcasts and an RCA recording with Eleanor Roosevelt narrating. The Philadelphia Orchestra especially has championed Mayer's works for young people, having performed Hello World!, Scenes from the Snow Queen and his opera One Christmas Long Ago over seven seasons.

Mayer's career exhibits much the same breadth as his music. Born in New York City (November 18th, 1925), he entered Yale University with the notion of being a writer and graduated (1949) with equal affinities for music and language. A tilt toward music became evident as Mayer continued his training at Juilliard and the Mannes College of Music, studying with Roger Sessions and Felix Salzer, and later with Otto Luening. Yet his love for the written word has never left him. He has fashioned his own libretti and, at times, composed music to original poems and texts: some wildly satirical such as Two News Items, where a frantic soprano finds herself turning into a hen. He has been admired as "a sensitive master of word setting" (American Record Guide) and has set a wide variety of poets from John Keats and Edna St. Vincent Millay to Hart Crane and e.e. cummings. Mayer has also written about contemporary music, receiving assignments from the New York Times and the U.S. Information Agency, which also commissioned him to write a piano work (Abandoned Bells) for its Artistic Ambassador Series. He has been particularly active at Composers Recordings, Inc., where he has served as Chairman of the Board.

His many awards and honors include two NEA Grants, a citation from the National Institute for Music Theater of contributing to the advancement of American musical theater: his opera A Death in the Family was specifically cited: and from the Ford Foundation and the New York and Michigan State Arts Councils. He has recently achieved an award for life achievement in music from the Center for Contemporary Opera.

Mayer lives in New York and Vermont with his wife, the artist Meredith Nevins Mayer. Their three children, concert pianist Steven and two journalistic daughters, Jane and Cynthia, have earned recognition and esteem in their respective professions.