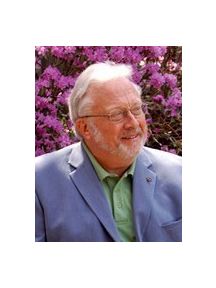 Born in Seattle, Washington, he began composition studies at the age of 11 with George Frederick McKay and John Verrall at the University of Washington while continuing piano lessons with Madame Berthe Poncy Jacobson. He later studied with Darius Milhaud at Mills College while working on his Master of Arts degree, with Leland Smith at Stanford University while working on his D.M.A., and with Olivier Messiaen and Milhaud at the Paris Conservatoire, where he received the 2éme Prix de Composition.

He joined the faculty of the University of Michigan's School of Music in 1973, was named the Ross Lee Finney Distinguished University Professor of Composition in 1994, and retired in 2008 after 35 years. Bolcom won the Pulitzer Prize for music in 1988 for 12 New Etudes for Piano, and his setting of William Blake's Songs of Innocence and Songs of Experience on the Naxos label won four Grammy Awards in 2005.

As a pianist Bolcom has performed and recorded his own work frequently in collaboration with his wife and musical partner, mezzo-soprano Joan Morris. Their primary specialties in both concerts and recordings are cabaret songs, show tunes, and American Popular Songs of the 20th century.

2009 saw the premieres of First Symphony for Band in February by the University of Michigan Symphony Band in Ann Arbor, Michigan; Shakyamuni in February by Chamber Music Society of Lincoln Center for the reopening of Alice Tully Hall; and in May, Lady Liberty by The Master Singers of Lexington [Mass.] and The Ann Arbor Vocal Arts Ensemble and Introduzione e Rondo: HAYDN GO SEEK by the Haydn Trio Eisenstadt in Eisenstadt, Austria, which was featured on Germany's international broadcast service, Deutsche Welle.

In February 2008 his Eighth Symphony was premiered by the Boston Symphony Orchestra and Tanglewood Festival Chorus conducted by James Levine in Boston, MA and Carnegie Hall/New York. Within the same month the Guarneri and Johannes String Quartets premiered Bolcom's Octet: Double Quartet.

Bolcom's setting of William Blake's Songs of Innocence and Songs of Experience, a full evening's work for soloists, choruses, and orchestra, culminated 25 years of work on the piece. The April 8, 2004, performance in Ann Arbor, Michigan, commemorated the reopening of the recently-renovated Hill Auditorium and occurred, almost to the day, 20 years after the U.S. premiere in the same hall. The premiere at the Stuttgart Opera in 1984 was followed by performances in Ann Arbor, Chicago's Grant Park, the Brooklyn Academy of Music, St. Louis, Carnegie Hall, La Jolla (excerpts), Minneapolis, Costa Mesa, CA, and London's Royal Festival Hall, the latter performed by the BBC Symphony Orchestra under the direction of Leonard Slatkin and broadcast live over BBC Radio 3. The April 2004 performance with the University of Michigan School of Music orchestra, massed choirs, and professional soloists, was recorded by Naxos and won four 2005 Grammy Awards for Best Choral Performance, Best Classical Contemporary Composition, Best Classical Album, and Producer of the Year, Classical.

In Spring 2007 Songs of Innocence and of Experience, with animated projections of Blake's illuminations by Wendall Harrington and live video, was staged in Minneapolis by VocalEssence and a number of artistic partners as the highlight of Illuminating Bolcom, a two and a half-week festival of the composer's creative genius.