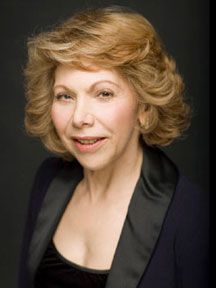 A major force in 21st century music, composer Victoria Bond is known for her melodic gift and dramatic flair. Her works for orchestra, chamber ensemble and opera have been lauded by the New York Times as "powerful, stylistically varied and technically demanding."

In addition to Soul of a Nation, the four presidential portraits on the Albany label, highlights of Ms. Bond’s catalogue include the operas Mrs. President, Clara and The Miracle of Light; ballets Equinox and Other Selves; orchestral works Thinking like a Mountain, Bridges and Urban Bird; and chamber works Dreams of Flying, Frescoes and Ash and Instruments of Revelation, among many others. Her compositions have been performed by the New York City Opera, Shanghai, Dallas and Houston Symphonies, members of the Chicago Symphony and New York Philharmonic, American Ballet Theater and the Cassatt and Audubon Quartets.

The New York Times praised Victoria Bond’s conducting as “full of energy and fervor.” She has served as principal guest conductor of Chamber Opera Chicago since 2005. Prior positions include Assistant Conductor of Pittsburgh Symphony and New York City Opera and Music Director of the Roanoke Symphony and Opera, Bel Canto Opera and Harrisburg Opera. Ms. Bond has guest conducted throughout the United States, Europe, South America and Asia. She is the first woman awarded a doctorate in orchestral conducting from the Juilliard School.

Ms. Bond is Artistic Director of Cutting Edge Concerts New Music Festival in New York, which she founded in 1998, and is a frequent lecturer at the Metropolitan Opera and has lectured for the New York Philharmonic. The Wall Street Journal, NBC’s Today Show, the New York Times and other national publications have profiled Ms. Bond.