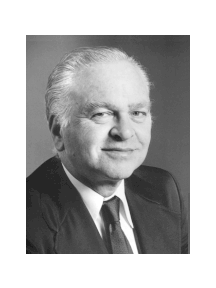 Mr. Barab was born in Chicago, Illinois in 1921, and began his professional career as a church organist at the age of thirteen. "I was preparing for a career as a pianist when the conductor of the high school orchestra persuaded me to study the cello. I later became a cellist in the orchestra and after graduation auditioned for the Indianapolis Symphony Orchestra. I was accepted and have since appeared with principal orchestras throughout the country such as the Cleveland, San Francisco and Philadelphia."

Mr. Barab's interest in contemporary music led to a close association with American composers, whose music he began to perform while he was still in high school. Before leaving Chicago, he became a founder of the New Music Quartet; and then in New York City of the Composer's Quartet, the resident quartet of Columbia University, whose primary purpose was to promote contemporary music. On the other end of the spectrum, he played the viola da gamba and helped form the New York Pro Musica, one of the first contemporary ensembles to reintroduce baroque and renaissance music. He has been a member of the faculties of Rutgers University, Black Mountain College and the New England Conservatory of Music, although he is mainly self-taught in composition.

Following military service in World War II, he took advantage of the G.I. Bill to spend a year in Paris, where he explored his own talents for musical composition. In this one year alone, he produced over two hundred art songs and other works. Vocal music has in fact become Barab's favorite means of musical expression. "It is less abstract," he observes. "The words of a poem immediately suggest music to me."

Barab's proclivity for musical theatre has made his operas consistently performed, especially his comic one-acts and those for young audiences. According to Central Opera Service, during the 88-89 season, he was the most performed composer of opera in America. His fellow composer, Miriam Gideon, has called him "the Rossini of our time." His Little Red Riding Hood was the first American opera performed in China in its post-isolationist period. His highly praised full- length Civil War opera Philip Marshall, which uses Dostoyevsky's The Idiot as its point of departure, was nominated for the Pulitzer Prize.

The Toy Shop, commissioned by the New York City Opera, was performed at the Kennedy Center in Washington, D.C., and in 1998, scenes from the Pied Piper of Hamlin were also performed there, where he was presented with a Lifetime Achievement Award by the National Opera Association.

Seymour's Cosmos Cantata, was set to a text by the novelist Kurt Vonnegut and commissioned and performed by the Manhattan Chamber Orchestra under the direction of Richard Aldon Clark. Of their collaboration, Kurt Vonnegut says: "Barab's music is full of magic. He proved to an atheist that God exists. What an honor to have worked with him."