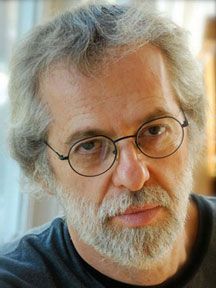 Samuel Zyman, a long-time New York-based Professor of Music Theory and Analysis at the Juilliard School, is acknowledged as one of the leading Mexican composers on the international scene today. Zyman’s music is characterized by intense and vigorous rhythmic energy, expressive lyricism, and the frequent use of near-jazzy imitative counterpoint. His musical language often displays both his Mexican and his Jewish heritage. Zyman’s best known composition is his Sonata for Flute and Piano No. 1, a work that has entered the standard repertoire. Zyman’s sonata is frequently performed all over the world and has been commercially recorded and posted on Youtube numerous times. The sonata is often included in graduation recital programs and has been used as a recommended or required piece at national and international flute competitions and as a topic for doctoral dissertations. Another popular Zyman piece is his orchestral work Encuentros, a colorful and highly rhythmic Mexican-sounding piece. As of June 2019, Zyman’s catalogue lists 70 works in a wide variety of genres. He has written at least 24 chamber works (including a string quartet and three piano trios), 11 concertos, seven pieces for orchestra (including two symphonies and an ambitious concerto for orchestra), six pieces for solo piano, three works for solo guitar, two works for symphonic band, one film score,  a piece for trombone octet, music for chorus and orchestra, for solo voice with orchestra, for solo voice with piano or guitar accompaniment, and much more.

The year 2018 saw the premiere of Zyman’s work Sefarad, a concerto for guitar and orchestra inspired by and based on Sephardic-like themes from the suite for solo guitar, also entitled Sefarad, by Sergio Bross. The premiere was given in Seville, Spain, by the Royal Symphony Orchestra of Seville under its music director John Axelrod, with guitar soloist José María Gallardo del Rey. Also in 2018, Zyman composed the 35 minute-long score (for chorus, percussion quartet, and piano) for a modern dance piece, Sacrifixio, by Colombian choreographer Alvaro Restrepo, conceived to celebrate and nurture the peace accord signed by the FARC rebels and the government of Colombian president Juan Manuel Santos, who received the 2016 Nobel Peace Prize for this accomplishment. The piece was premiered in the Teatro Mayor Julio Mario Santo Domingo in Bogotá in July 2018, with president Santos in attendance. The performers included 20 dancers of the Colegio del Cuerpo Dance Company (choreographed by Alvaro Restrepo and co-choreographed by Marie France Delieuvin), 28 singers of the chorus of the Opera of Colombia (Luis Díaz Herodier, director), Tambuco Percussion Ensemble of Mexico, and pianist Duane Cochran. The music director was Adrián Chamorro.

In January of 2016, cellists Yo-Yo Ma and Carlos Prieto premiered Zyman’s 30-minute work An Ode to Music (Canto a la Música), for two solo cellos, youth chorus, and youth orchestra, in the Sala Nezahualcóyotl in Mexico City, with the National Esperanza Azteca Youth Orchestra and Chorus under the baton of Music Director Julio Saldaña, a work that highlights and celebrates the involvement of young people in Mexico in the performance of classical music and the significance of music for all people. Esperanza Azteca is a nationwide system that has created 62 symphony orchestras and choruses that benefit about 12,000 youngsters and children from disadvantaged social strata in all corners of Mexico. One of the movements of Zyman’s An Ode to Music, Basta Escuchar (You Just Need to Listen), scored for a cappella chorus, has since become the hymn of the entire Esperanza Azteca system, and it is sung by all members of Esperanza Azteca, singers and instrumentalists alike, at the beginning of each of their concerts.

When cellists Yo-Yo Ma and Carlos Prieto performed Zyman’s Suite for Two Cellos at two major sold-out concerts in 2007, in the beautiful Palace of Fine Arts in the heart of Mexico City, Pablo Espinosa of La Jornada wrote that Zyman’s suite was “a feast for the senses, in which the fifth movement was a musical edifice full of magic, fantasy, and sonorous mathematics.” “A composer of his own time, Zyman also incorporates in his work the legacy of other epochs, turning the dialogue between these instruments into a conversation between friends,” said Xavier Quirarte of Milenio. As Allan Kozinn of The New York Times put it, “in [Zyman’s piano piece] Two Motions in One Movement, Impressionism and jazz wind around each other like vines.” Reviewing a performance of Zyman’s piano trio Search, Punch Shaw of The Fort Worth Star-Telegram said, “it was compelling from start to finish and met the goals of its composer with vivid success.”

Zyman composed the original symphonic score for the critically acclaimed movie The Other Conquest, directed by Salvador Carrasco and produced by Alvaro Domingo. This score was recorded by the Academy of Saint-Martin-in-the-Fields, conducted by David Snell, and it includes Zyman’s aria “Mater Aeterna,” performed by Plácido Domingo. Samuel Zyman’s works can be heard on numerous CDs from Island Records, I.M.P. Masters, Urtext Digital Classics, Ambassador, Sony Classics, EMI, Quindecim, Albany Records, and Naxos. His music, published by the Theodore Presser Company, has been performed throughout the United States, Mexico, Latin America, Europe, Russia, New Zealand, and other countries by such ensembles as the American Symphony Orchestra, Dallas Symphony Orchestra, Grant Park Orchestra of Chicago, National Symphony Orchestra of Mexico and all other major Mexican orchestras, National Symphony Orchestra of Argentina, Oakland Symphony Orchestra, Paris Sinfonietta, and many others.

Samuel Zyman was born in 1956 in Mexico City, where he studied piano and conducting at the National Conservatory of Music with María Teresa Castrillón and Francisco Savín, respectively. Privately, he studied counterpoint and analysis with Mexican composer Humberto Hernández Medrano. He also studied piano with the legendary Mexican jazz pianist Juan José Calatayud and with Héctor Jaramillo (principal flutist of the National Autonomous University Orchestra of Mexico, OFUNAM). He received MM and DMA degrees in composition from The Juilliard School in New York City, studying with the American composers Stanley Wolfe, Roger Sessions, and David Diamond. Zyman has served as a judge in several composition competitions in the US and Mexico. He is the recipient of numerous commissions and awards, including Meet-the-Composer grants in the U.S, the Diploma from the Mexican Society of Theater and Music Critics of Mexico naming him Most Outstanding Composer of the Year (1992), the Mozart Medal (1998) for outstanding achievement in music, awarded by the Embassy of Austria in Mexico, and the Medal of Merit in the Arts (2014), awarded by the Commission on Culture of the Mexico City Legislature for his contributions to art and culture in Mexico City.