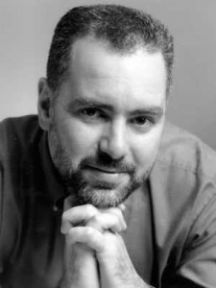 Ronald Caltabiano's music has been hailed as having achieved "a remarkable synthesis of modernism and romanticism, of violence and lyricism, of integrity and accessibility."

He first came to international attention in the early 1980s with his String Quartet No. 1, premiered in Great Britain by the Arditti Quartet and in the United States by the Juilliard Quartet. A series of virtuoso solo pieces (double bass, cello, English Horn, trombone, and violin) solidified his position among the leading American composers of his generation, and a series of prominent orchestral commissions soon followed. Works written for the San Francisco Symphony, the Dallas Symphony Orchestra, and the Cincinnati Symphony exhibit kaleidoscopic colors and provocative designs. Performances by international orchestras include those of the BBC Symphony, the Hong Kong Sinfonietta, and the Royal Scottish National Orchestra.

The composer's finely detailed chamber music has also been in demand around the world. Notable works include Concerto for Six Players, commissioned by the Fires of London for their farewell performance; On the Dissonant and Rotations, both commissioned by Australian ensembles; and prominent commissions by American organizations, including the String Quartet No. 2 (Emerson Quartet), Quilt Panels (Chamber Music Society of Lincoln Center), and Clarinet Quartet (consortium of new-music ensembles).

The dramatic bent in Caltabiano's work naturally lends itself to vocal music, which has been an important focus throughout the composer's development, from the early song cycle, First Dream, through two dramatic cantatas, Medea and Torched Liberty, and his first theatrical work, the 1999 chamber opera Marrying the Hangman, on a text by Margaret Atwood, written for the British ensemble Psappha.

Major awards from the American Academy of Arts and Letters, the Guggenheim Foundation, and the Rockefeller Foundation were anticipated by a number of awards from BMI and ASCAP as well as two Bearns Prizes. Since working as assistant to Aaron Copland during the last five years of that composer's life, Caltabiano has served on the faculties of the Manhattan School of Music and the Peabody Conservatory, and currently teaches at San Francisco State University.

Born in 1959, Caltabiano is a BM/MM/DMA graduate of The Juilliard School, where he studied with Elliott Carter and Vincent Persichetti. In addition, he has studied composition with Peter Maxwell Davies and conducting with Harold Farberman and Gennadi Rozdesvensky.

For additional information, see his entry in the New Groves Dictionary of Music and Musicians.