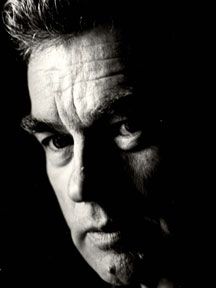 The creator of a rich body of orchestral, chamber, vocal and instrumental music, American composer Robert Moevs has received major performances by George Szell and the Cleveland Orchestra, Erich Leinsdorf and the Boston Symphony, and Leonard Bernstein and Symphony of the Air. Worldwide recognition came in the form of the Stockhausen International Prize in Composition, which he was awarded in 1978.

Moevs was born in LaCrosse, Wisconsin on December 2, 1920. He worked with Walter Piston at Harvard, where he would later join the faculty. Along with other leading American composers before and after, he studied with Nadia Boulanger in Paris.

Robert Moevs is part of a generation of composers who came of age musically in the years immediately following World War II. Bold new works of Bartok and Stravinsky, heard amidst the upheavals of the war, inspired many to take a next step: to reject much of the past, forging a new musical language which built on the path-breaking atonality and compositional rigor of Schoenberg and Webern.

Moevs was well placed to become a leading American representative of the post-war international movement in the world of music. After serving in World War II as a pilot in the United States Air Force, Moevs' formative years were spent in Europe, first as a student in Paris, and later as a recipient of the coveted Rome Prize. In close contact with the tightly-structured works of Boulez, and stunned by the raw sound of Edgar Varèse, Moevs synthesized these styles into what he termed "systematic chromaticism" Perhaps because of his deep-seated love of the music of such masters as Bach and Beethoven, Moevs never adopted complete serialism. Based on intervallic procedures that could be heard and recognized, his music retains a compelling and visceral dynamic impact.

As Moevs himself observed in an interview: "I started with the conviction that all, or practically all, music has a tonal center, and that the phrase 'atonal music' is self-contradictory, an imaginary entity." Moevs' style has been described as "an extremely rich resource" because he found a unique way to combine identifiable tonal centers with serialism, creating a musical style the excitement of which arises out of the underlying tension between the realism of tonal centers and the abstraction of serialism.

The power of Moevs' music is evident from the press reactions to works such as Attis for chorus and orchestra. At the time of its 1960 premiere by the Boston Symphony, Attis was front-page news in the Boston Globe, which described the scene of its premiere:
Heaven knows what will be the future fortunes of "Attis," but Moevs, whose name is said to rhyme with waves, may rest assured he has caused more ructions, probably, than has anyone else at a Friday Symphony since the introduction here, decades ago, of Stravinsky's "The Rite of Spring" and "Seven, They are Seven," by Sergei Prokofieff. [Boston Globe, Feb. 13, 1960]

A more in-depth review of the same concert captures the magnificent impact the work made at the time:
"[Attis is]made up of elements of awe-inspiring designfierce tensions are built by moving gigantic chords chromatically, either in parallel or contrary motion. Brasses growl, bite, and snarl. Tempos remain largely in flux, breathing, one might say, when breath is needed. Percussion is earthy, exotic, maddening. All these elements are employed to create a mood of violent paganism, a tonal illustration in the most vivid terms possible of the ancient blood rites of a cult dedicated to the worship of Attis and Cybele. Mr. Moevs was inspired he chose a strong subject on which to paint a shocking scene; and what is more, he did it with stupefying success. How can one classify him? As a romantic, perhaps, or impressionist, but with a modern tongue. This man is following no trails; he is blazing highways" [Christian Science Monitor, Feb. 13, 1960]

Within a year, another Moevs work, the Concerto for Piano, Orchestra, and Percussion, was again receiving a glowing review after its premiere from an astonished musical press:
This is no place to evaluate the over-all significance of Robert Moevs' Concerto in the mainstream of 20th century music; but one thing is certain -- it had plenty of communicative impact, both in spite of and because of its high dissonance content.

Moevs is no cerebralist or system-ridden 12-toner. This has been evident both from his Piano Sonata, which has been recorded commercially, and from his ferocious symphonic score, "Attis," that was premiered by the Boston Symphony last season.

However, he is an expert craftsman when it comes to making his tonal materials serve as binding force throughout the whole of a work; for this new concerto grows out of a basic three-note progression and a basic rhythmic pattern stated at the very beginning.

Yet the rhythmic and coloristic variety written into the score by Moevs makes up for the lack of consonance-dissonance contrast. Moevs' music making is dramatic, incantatory, not coldly cerebral, and this is a quality he shares with the founding father and genius among all 20th century percussion composers, Edgard Varèse. [Bridgeport Post, March 27, 1961].

Critical acclaim, international performances, and many publications have marked Moevs' continuing success for several decades right until the present time. A valued teacher at both Harvard and Rutgers, Robert Moevs' many awards include the Rome Prize, a Guggenheim Fellowship, and the Stockhausen International Prize in Composition in 1978, mentioned above. Moevs has been listed in virtually every music "Who's Who" and his works have been discussed in numerous magazines and journals. Especially fascinating is "A Conversation with Robert Moevs," written by James Boros and published in the classic journal of new music published by Princeton University Press: Perspectives of New Music. With a career spanning much of the 20th Century, and having persisted in the face of constant change in musical fashion, Robert Moevs presents through his works a treasure of American music, the depth and beauty of which continually reward exploration.