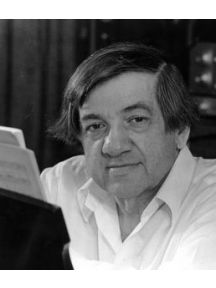 A twentieth century American composer whose music features considerable religious and mystical infiltration, Richard Yardumian was not a child prodigy nor did he even exhibit any particular interest in music until he began the study of piano and music theory in his twenties. His work attracted the attention of José Iturbi in the 1930s and beginning in 1944, that of Eugene Ormandy, who championed it and performed and even recorded many of his pieces with the prestigious Philadelphia Orchestra. Yardumian studied with American composer Virgil Thomson between the years 1952 and 1954. His works include at least two symphonies, a violin concerto, Armenian Suite, Chorale Prelude, and a larger choral work entitled Come, Creator Spirit. His music is twelve-tone in nature, but not severely dissonant or harsh, relying instead on inspirational themes. He is quoted as saying, “I hold the strong belief that the sooner the churches take up again the promotion and encouragement of the arts, the sooner might be born — centuries from now — another Johann Sebastian Bach!”