for violin and violoncello

$18.00
SKU
RE40039
Add to Wish List
Wilhelm Friedemann Bach, the eldest son of Johann Sebastian Bach, wrote these three duo sonatas probably after 1775 in Berlin, his last place of life and residence. Berlin had grown into one of the most important musical centers during this period. Bach did not number the three duos, but an order is clear from the source: Duetto I in G major, Duetto II in G minor, Duetto III in C major. A cyclical connection of the three duets is not recognized, however. While in the version for two violoncellos everything was lowered an octave, i.e. the original keys were retained, in the duos for violin and violoncello, transpositions into other keys and some minor octave changes were necessary in order to better accommodate the different scales of the violin and violoncello.
Skip to the end of the images gallery 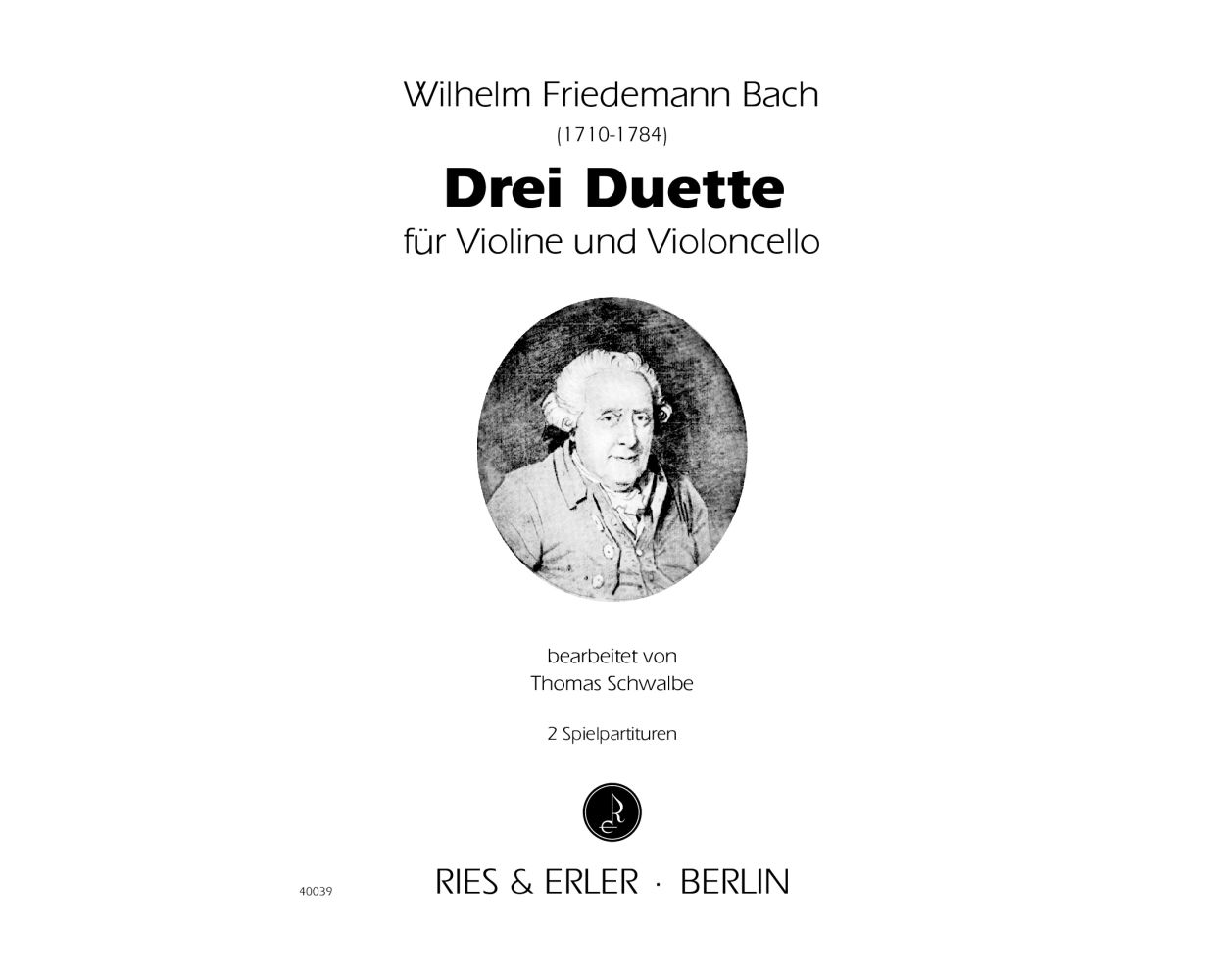