$18.99
SKU
PP145
Add to Wish List
This piece was inspired by a book called The Flute Player, a simple and beautifully illustrated retelling of an Apache folktale by Michael Lacapa. It is the story of two young Apaches from different areas of a large canyon, where the streams ripple and the wind sings in the cottonwoods. They meet at a Hoop Dance, and dance only with each other. The next day, as the girl works up on the side of the canyon in her father's fields, the boy sits below by a stream and plays his flute for her (flute-playing was a common manner of courtship). She puts a leaf in the stream which flows down to him, so he knows she hears. This continues for a time, until the boy is woken one morning and told he is of age to join the hunt - a journey of some weeks, leaving momentarily. The girl still listens each day for the flute until, feeling abandoned, she falls ill and dies. When the boy returns, he runs to play for her - but there is no leaf. When he learns of her death, he disappears into the hills, and his flute still echos when the breezes blow through the cottonwoods, and the streams ripple in the canyon.  - K. Hoover.

Other works by Katherine Hoover 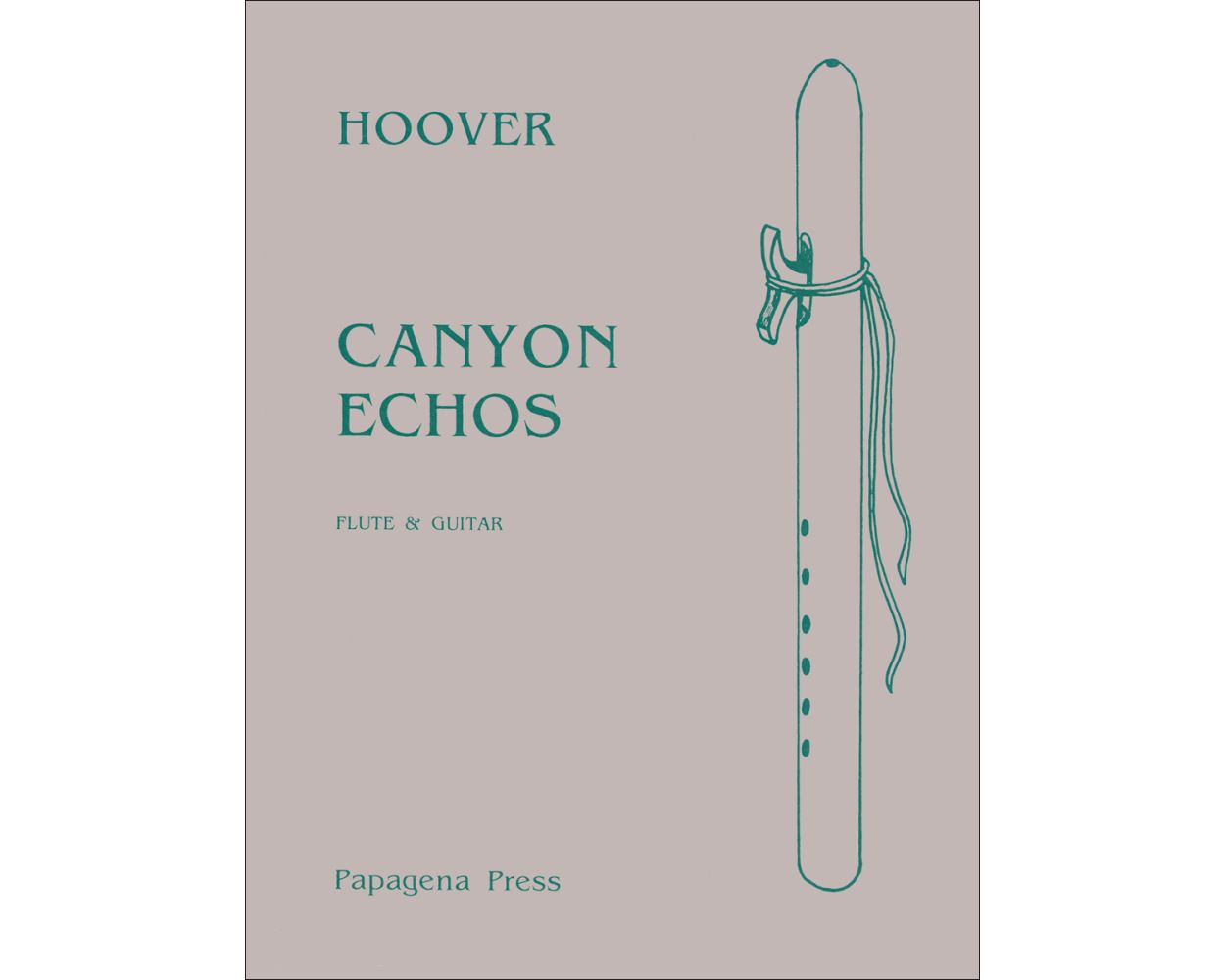