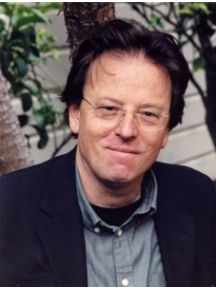 Peter Lewis is a San Francisco-based, yet internationally active, composer of modern classical music. His music has been commissioned and/or performed by the Chamber Music Society of Lincoln Center, Conspirare; the Orion, Alexander, and Ciompi String Quartets; the Bakken and Merling Trios; the Dorian Wind Quintet, members of the Rotterdam Philharmonic, San Francisco Symphony, Berkeley Symphony, Chamber Symphony of Princeton, Seattle’s Intiman Theater, New York Virtuoso Singers, and many distinguished soloists and conductors including Kent Nagano, Alan Gilbert, Craig Hella Johnson, Kees Hülsmann, Susan Narucki, Keisuke Nakagoshi, Stephen Gosling, William Winant, and David Tanenbaum. His music has been performed throughout North America, Europe, and Japan, and has been broadcasted over National Public Radio in the United States, the BBC in England, World Broadcasts, and various other stations and programs throughout the world.

New Albion and Lapis Island Records have produced five CDs devoted to his music. They are Beaming Contrasts, Where the Heart Is Pure, Three Suites for Guitar, Atlantic Crossing/Rhapsodic Images, and Riving Shining Through.

He’s also currently working on two more CDs, one all instrumental and the other vocal and instrumental. They are The Four Cycles, an all vocal recording featuring Susan Narucki, soprano; Christine Abraham, mezzo soprano; The New York Virtuoso Singers (Peter Lewis, conductor); and Stephen Gosling and Keisuke Nakagoshi, pianists. The other CD is titled Surviving a Storm and features Miranda Cuckson, violin; Chris Gross, cello, and Stephen Gosling, piano. Both CDs are being recorded in New York and should be released in 2016.

Recent premieres include Surviving a Storm, commissioned and performed by the Merling Trio, and The Changing Light, commissioned and premiered by the vocal ensemble, Conspirare, and based on three poems by Lawrence Ferlinghetti. Additional information and performances of existing compositions are listed on the Works pageof his web site under their titles, when known.

Peter Scott Lewis was born on August 31, 1953, in San Rafael, California, and grew up in both the San Francisco Bay Area and Washington State. A graduate of the Yale School of Music and San Francisco Conservatory of Music, he studied composition with Andrew Imbrie, Jacob Druckman , Nicholas Maw, and Morton Subotnick; studied guitar with Alirio Diaz and Carlos Barbosa-Lima; and conducting with Arthur Weisberg. He has taught at the University of Washington and the San Francisco Conservatory of Music. In addition, he has completed composer residencies at Yaddo Corporation, the MacDowell Colony, the Djerassi Foundation, and has been composer-in-residence at Seattle’s Intiman Theater, Festival for New American Music, SFMOMA, among others. He has also performed as a conductor, classical and jazz guitarist, and clarinetist. His music is published by Theodore Presser Company.