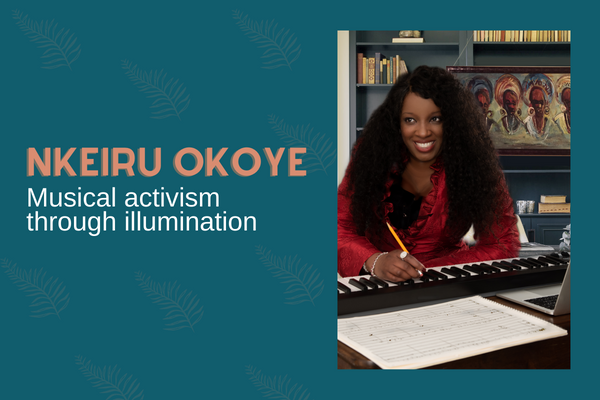 Nkeiru Okoye is a composer whose body of work speaks for itself. With an output containing a plethora of orchestral, band, choral, and chamber works as well as operas composed over a career spanning nearly 30 years, Dr. Okoye has written across nearly every musical medium. Her genre-bending compositions draw from Classical, Gospel, Folk, Jazz, R&B, and African diasporic music, and are often infused with African American improvisatory techniques.

Dr. Okoye's repertoire has been performed by some of the world’s most prestigious ensembles, including the Philadelphia Orchestra, Baltimore Symphony, Moscow Symphony, Tanglewood Music Festival, the Royal Opera, Houston Grand Opera, and the American Opera Project. She has collaborated with soloists such as pianist Lara Downes and cellist Matt Haimovitz, and has works appearing on the record labels MSR Classics and Pentatone, among others.

A self-described “activist through the arts,” Dr. Okoye's music often focuses on bringing attention to infrequently discussed aspects of historical events, as well as pivotal figures both famous and lesser known. As she continues to expand her oeuvre, Dr. Okoye's commitment to audience education through compelling storytelling remains at the heart of her craft.

Scroll to see some of her most exciting works now available in the Presser catalog. Begin your listening journey of her music by exploring these SoundCloud and YouTube playlists.

Voices Shouting Out is a response to 9/11 that is marked by a sense of resiliency. In the composer’s own words, “It was a march to acknowledge those fighting on behalf of our safety, and yet a sparkling celebration of life for those who continue living.” Commissioned by the Virginia Symphony and premiered by the organization in 2002, it remains one of Okoye's most popular works to date.

Music is a force to unite us, a presence that soothes; Music is a call to protest and a balm to heal; Music changes lives. Music can change the world. I am part of that change. 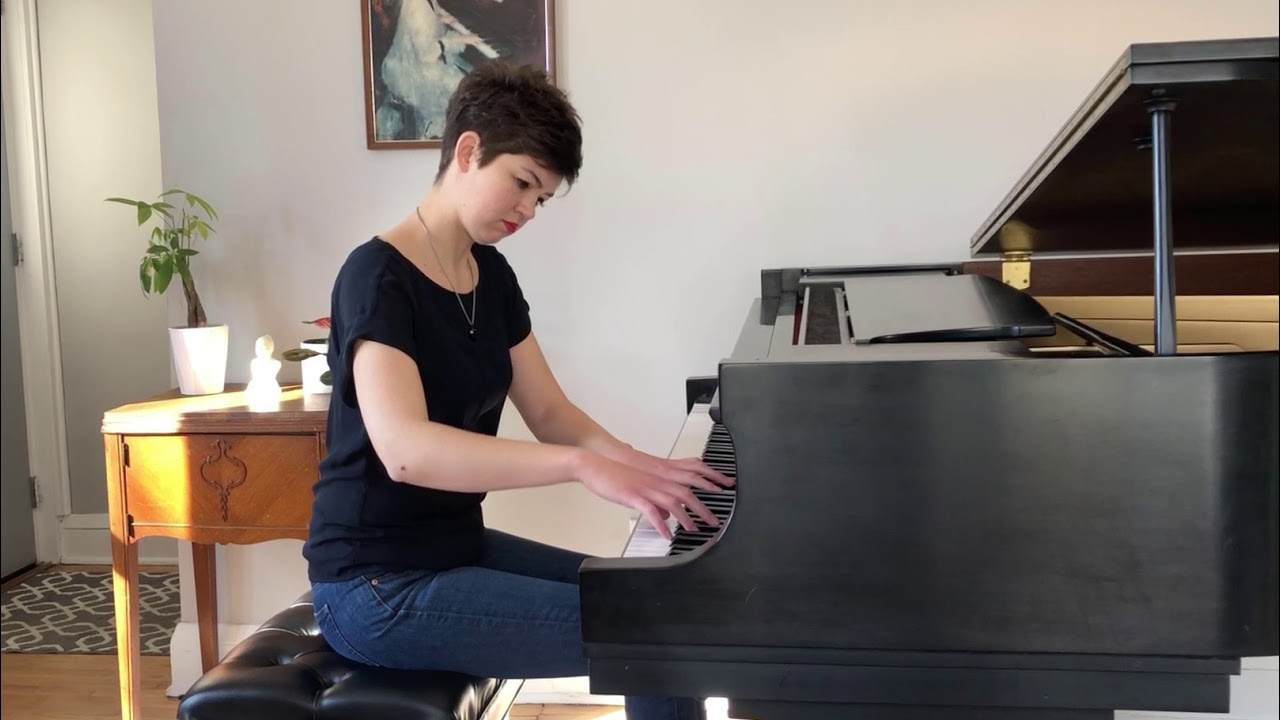 African Sketches is a four-movement suite inspired by Okoye's childhood years in Nigeria, her father’s homeland. Each movement may be performed separately, making it an ideally flexible addition to recitals. “Dancing Barefoot in the Rain,” the third movement of the work, currently appears as the underscoring in Carnegie Hall’s social media campaign announcing their “CH” monogram.

HARRIET TUBMAN: WHEN I CROSSED THE LINE TO FREEDOM

Commissioned by the American Opera Project and premiered in 2014, with a libretto by Okoye herself, this two-act opera details the evolution of Harriet Tubman from a young girl born into slavery into the famed Underground Railroad conductor.

[Okoye] spins simple Americana into the gold of art music of lasting quality… The music is irresistible, invigorating, and vivid, building to an unforgettable and thrilling conclusion. It is a great American opera.” 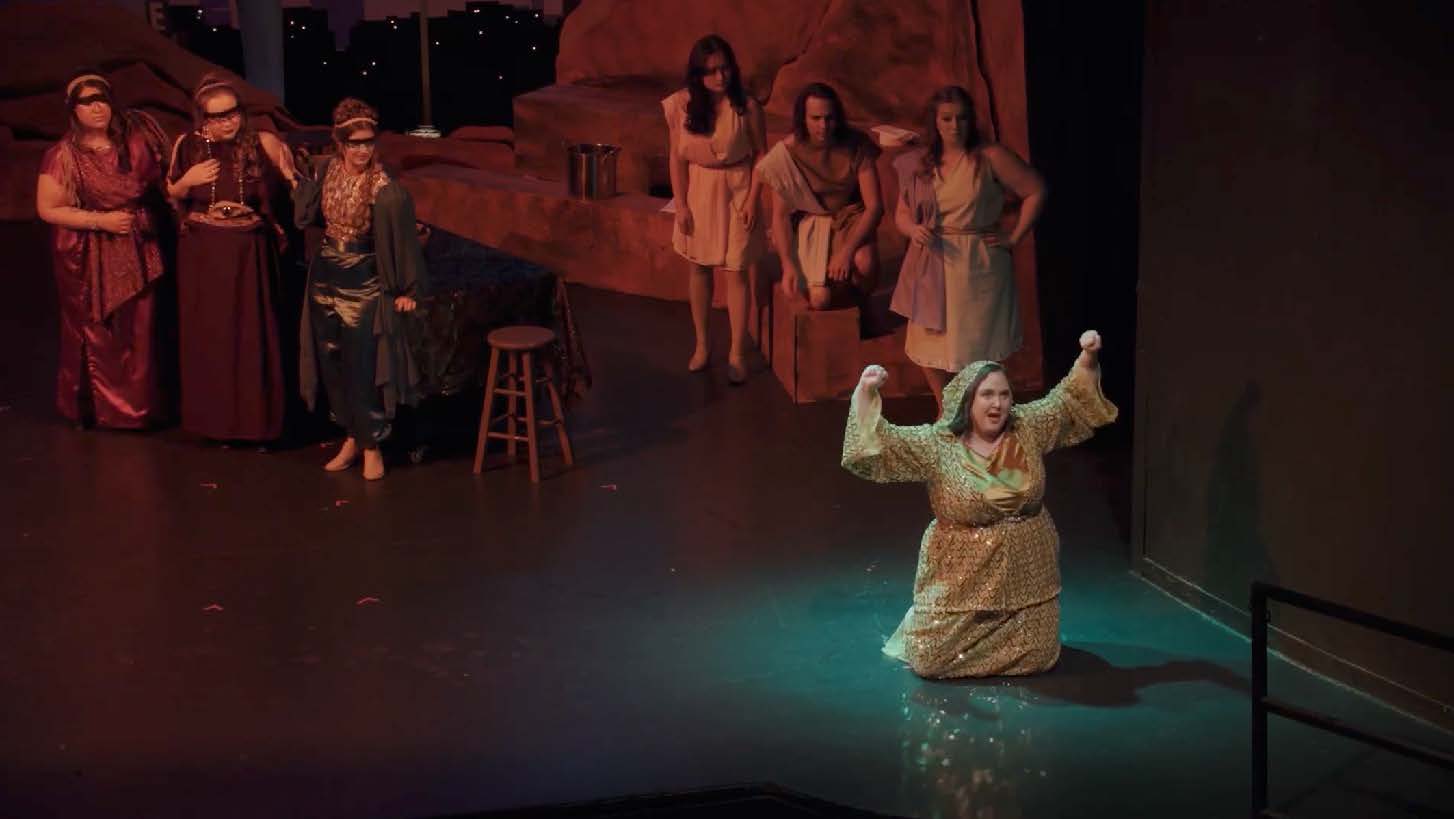 WE'VE GOT OUR EYE ON YOU

Set in ancient times and loosely inspired by Greek mythology, We’ve Got Our Eye on You is an opera in four scenes that delivers a humorous but uplifting message about giving in to desire prematurely.

TALES FROM THE BRIAR PATCH

Created with librettist Carman Moore, this rebooted triptych of short, family friendly operas pays tribute to the African tradition of storytelling for all ages using a blend of African American styles that include jazz, blues, gospel, and contemporary concert music. The first of these works, titled Briar Patch, is complete, with the other two in development. 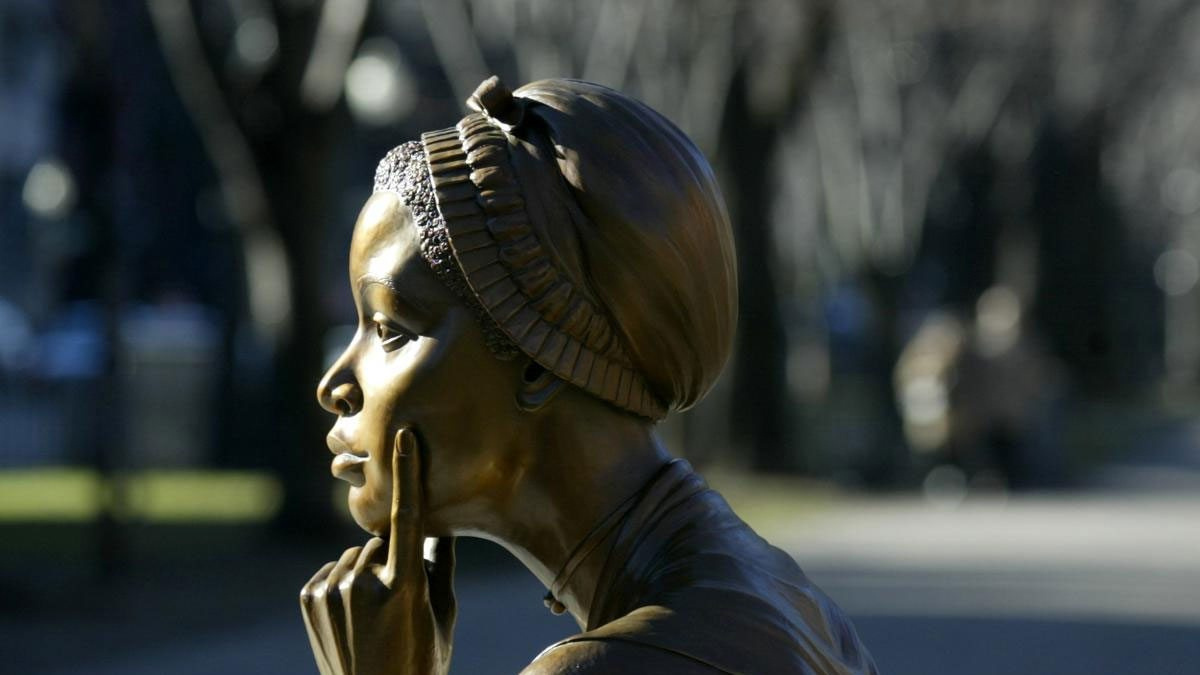 Subtitled as a “narrated orchestral showcase in the style of Peter and the Wolf,” this work describes the life of Phillis Wheatley, a woman born in Senegal and sold into slavery as a child who later became the first published Black American female poet.

Okoye weaves an eclectic musical tapestry all her own, derived from genres [Phillis] Wheatley would have been familiar with.

Nkeiru Okoye composed Grayce & Sickle as a tribute to leading academic cardiologist and president of Wellesley College, Dr. Paula Johnson. “Grayce” refers to Dr. Johnson’s mother, while “Sickle” refers to sickle cell disease, a genetic blood disorder that disproportionately affects people of African descent. Both Grayce and Sickle appear in the score as musical cryptograms, while the Sickle motif additionally takes on the “U” shape of the sickle cell itself. 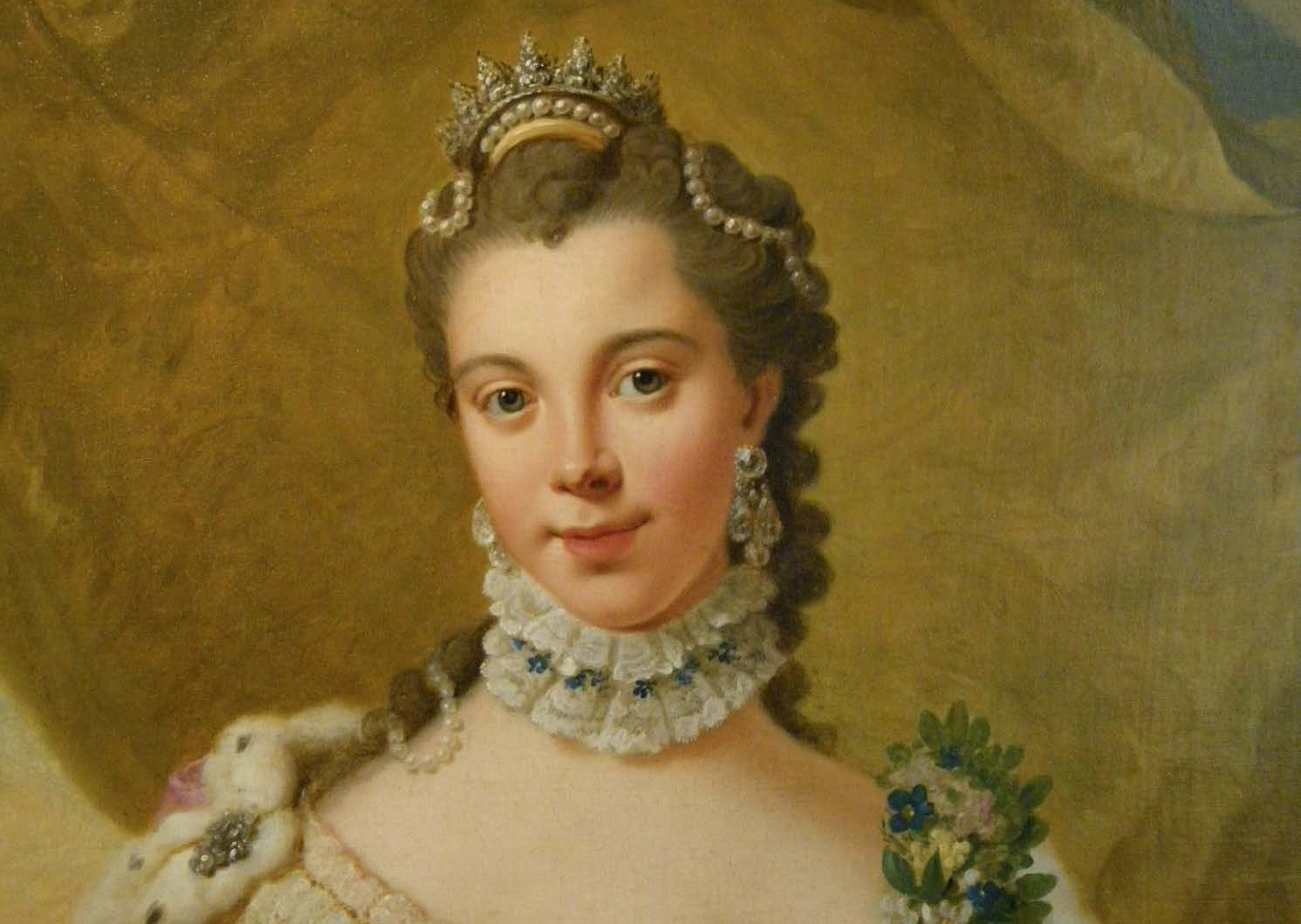 Commissioned by the Charlotte Symphony in celebration of the city's 250th anniversary, this orchestral work derives its title from the city's namesake queen, who was a known patron of Classical period composers such as Johann Christian Bach and Amadeus Mozart.

WE MET AT THE SYMPHONY

This cycle of three songs for Soprano and String Quartet details the meeting of an African American female concert soloist with a man she notices in the audience, and the events that ensue. 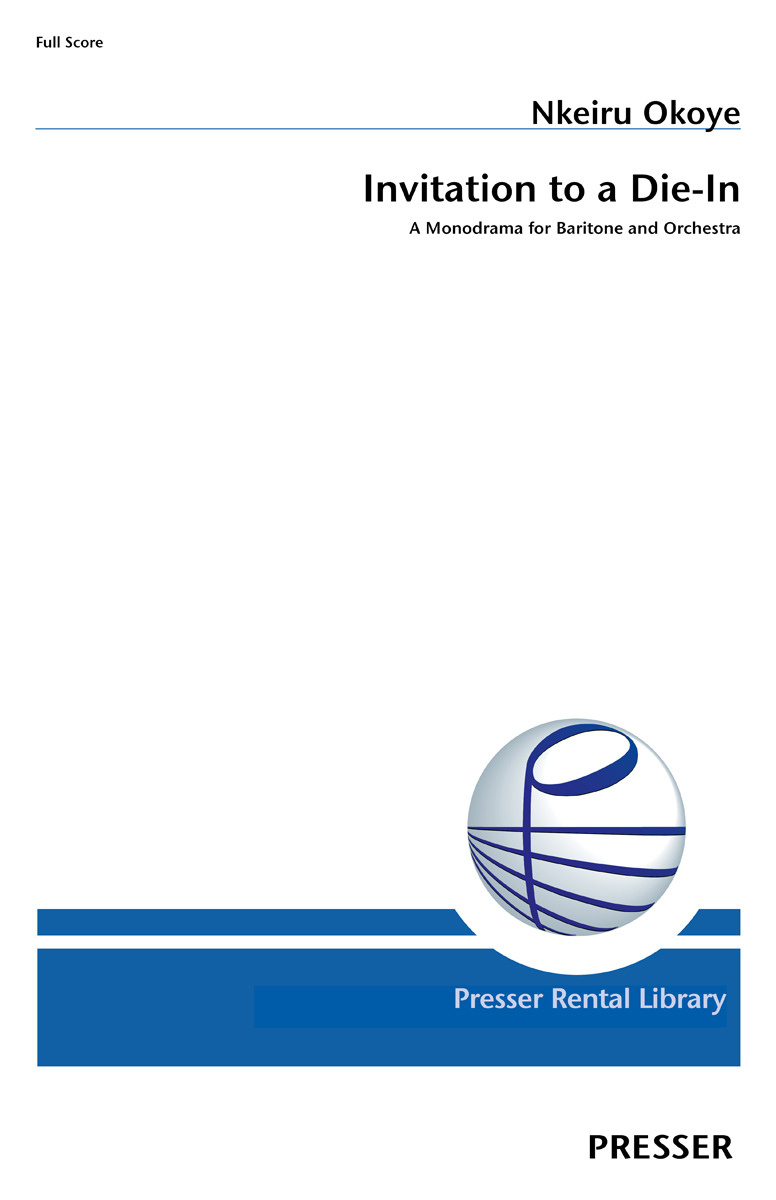 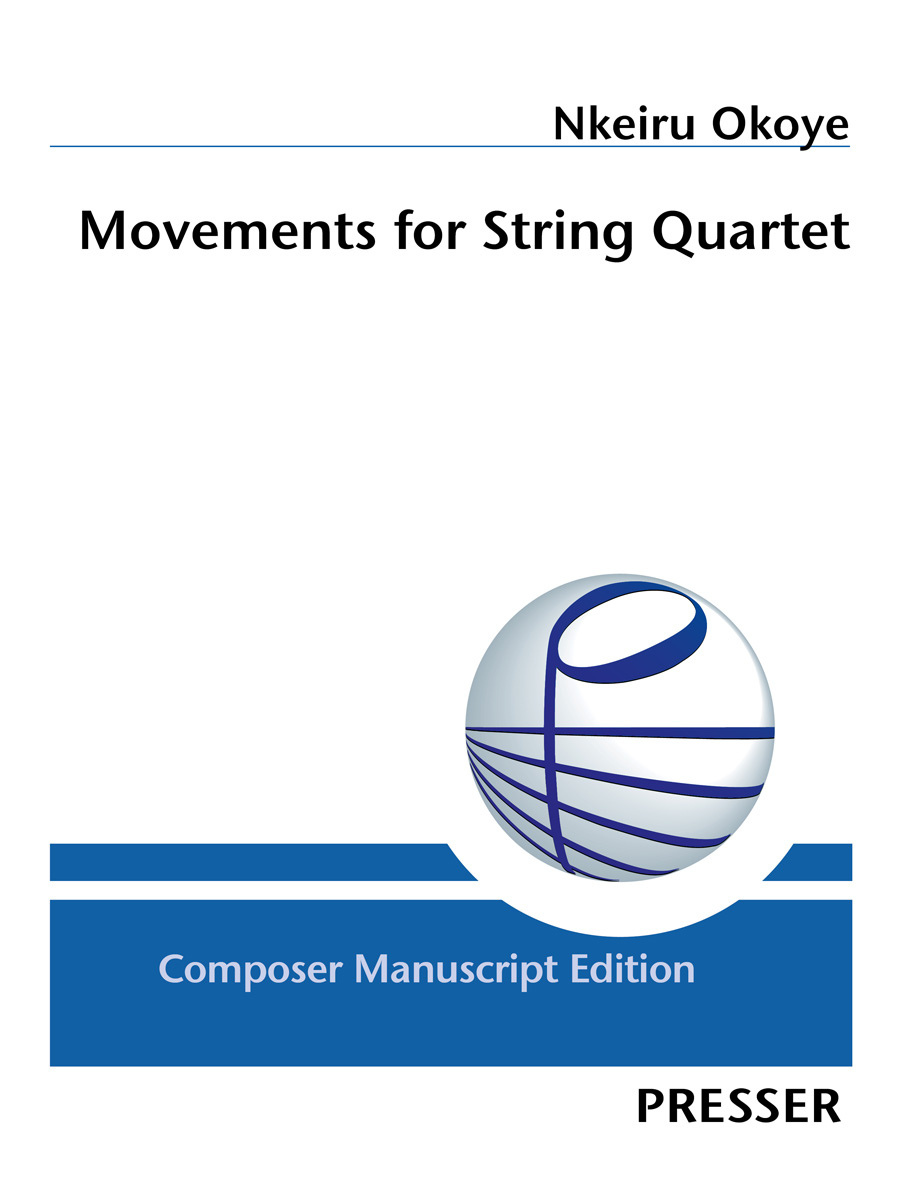 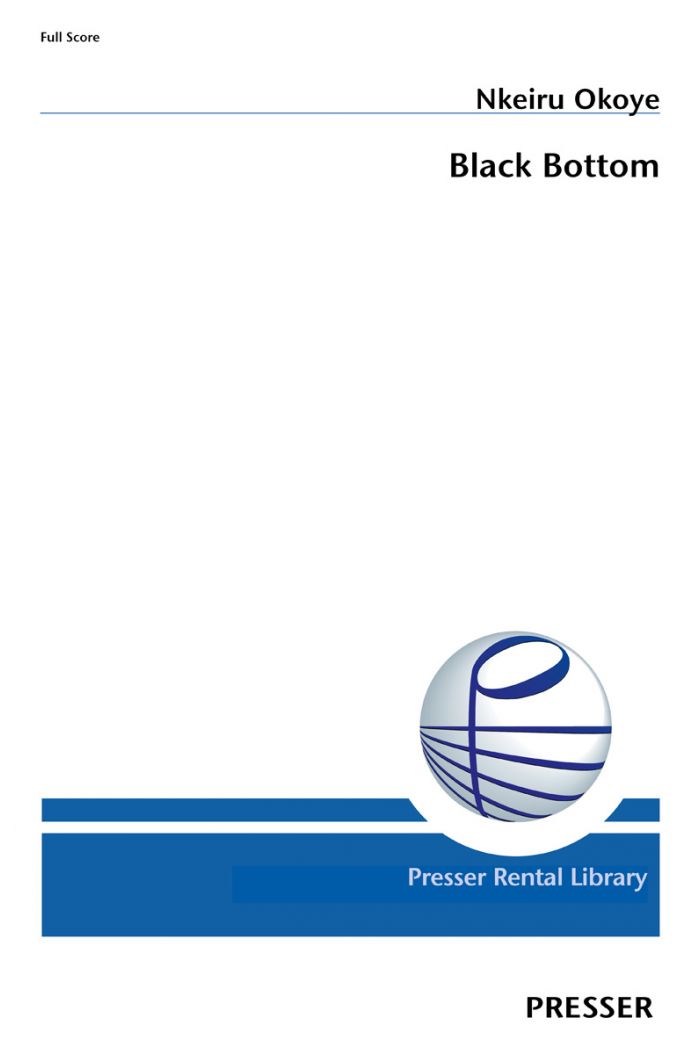