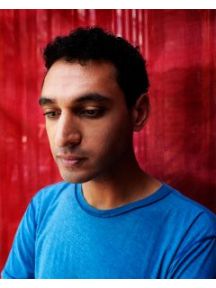 Mohammed Fairouz, born in 1985, is one of the most frequently performed, commissioned, and recorded composers working today. Hailed by The New York Times as “an important new artistic voice” and by BBC World News as “one of the most talented composers of his generation,” his large-scale works engage major geopolitical and philosophical themes with persuasive craft and a marked seriousness of purpose. Fairouz’s cosmopolitan outlook reflects his transatlantic upbringing and extensive travels. His catalog encompasses virtually every genre, including opera, symphonies, vocal and choral settings, chamber and solo works.

As an artist involved with major social issues, Fairouz seeks to promote cultural communication and understanding. Recent major works have included his “grandly ambitious” (Opera News) third symphony, Poems and Prayers interweaves texts of Arab poets Fadwa Tuqan and Mahmoud Darwish, the Israeli poet Yehuda Amichai, and prayers such as the Aramaic Kaddish. His fourth symphony, In the Shadow of No Towers for wind ensemble, about American life in the aftermath of 9/11 premiered in 2013 at Carnegie Hall was described by Steve Smith of The New York Times as “technically impressive, consistently imaginative and in its finest stretches deeply moving.”

Fairouz became the youngest composer on the Deutsche Grammophon label to have an album dedicated to his works with the 2015 release of Follow, Poet. The album includes two works that exalt the transformative power of language: his elegiac song cycle Audenesque and the ballet Sadat. The album has met with broad critical acclaim – praised as “captivating” by The New York Times and receiving “highbrow and brilliant” distinctions in New York Magazine’s taste-making Approval Matrix.

Since childhood, Fairouz has found musical inspiration in literary and philosophical sources and has composed an opera, an oratorio, fifteen song cycles, and hundreds of art songs. He describes himself as “obsessed with text” and has been recognized by New Yorker magazine as an “expert in vocal writing” and described by Gramophone as “a post-millennial Schubert.” He has collaborated directly with distinguished poets Mahmoud Darwish, Wayne Koestenbaum, and Nobel Prize-winner Seamus Heaney, and with writers Mohammed Hanif and David Ignatius. Among the eminent singers that have performed his vocal music are Kate Lindsey, Sasha Cooke, Isabel Leonard, Nathan Gunn and Anthony Roth Costanzo. Fairouz’s opera, Sumeida’s Song has been performed at the Prototype Festival, the Pittsburgh Opera and the Boston Opera Collaborative and recorded on Bridge. Anthony Tommasini of The New York Times called the work “an intensely dramatic 60-minute four-character opera with a searing score.”

His music has been performed at major venues around the country including Carnegie Hall, Lincoln Center, Boston’s Symphony Hall and The Kennedy Center, and throughout the United States, the Middle East, Europe, and Australia. Recordings are available on the Deutsche Grammophon, Naxos, Bridge, Sono Luminus, Albany, GM/Living Archive, and GPR labels.

Fairouz has been seen and heard on the BBC, NPR’s, The World, and has been profiled by the Wall Street Journal, Agence France Presse, Los Angeles Times, Symphony, Strings, and New Music Box, and been regularly featured on New York’s WQXR and on SiriusXM Satellite Radio. Fairouz regularly blogs about the intersection of arts and international affairs for the Huffington Post.

His principal teachers in composition have included György Ligeti, Gunther Schuller, and Richard Danielpour, with studies at the Curtis Institute and New England Conservatory. Fairouz has lectured and led residencies across the country at the Festival of New American Music and at Columbia, Brown, New York University and University of California at Los Angeles. He has served on the faculty at Northeastern University in Boston.