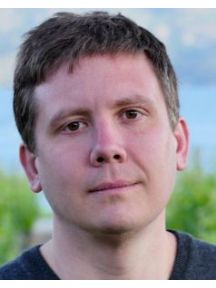 MARTIN KENNEDY began his formal training at Indiana University, where he received Bachelors of Music in both Composition and Piano Performance. He went on to earn a Master of Music in Composition at Indiana University and a Doctor of Musical Arts at the Juilliard School where he was a C.V. Starr Doctoral Fellow. His principal teachers in composition include Samuel Adler, Milton Babbitt, Claude Baker, David Dzubay, Don Freund, and Sydney Hodkinson. His principal teachers in piano include Jeremy Denk and Evelyne Brancart.

Kennedy also remains in demand as a pianist and collaborator, appearing on concert stages worldwide and such radio programs as BBC’s In Tune and NPR’s Performance Today. He has toured with violinist Lara St. John and flutist Thomas Robertello, with whom he has both recorded with and written for. Kennedy is also committed to the performance of new works, having premiered numerous compositions as both a soloist and as a member of both the Indiana University New Music Ensemble and the New Juilliard Ensemble.

Kennedy’s music is available on the Ancalagon, Anbardy, Azica, Centaur, and Riax labels and is published by Theodore Presser Company and G. Schirmer Inc. Previously a member of the academic faculty at Washington University in St. Louis, Dr. Kennedy is currently the Director of Composition and Theory at Central Washington University.

For more information regarding Martin Kennedy or his works, please visit his website at www.martinkennedy.com.