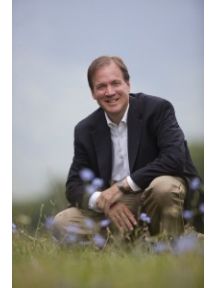 Following his New York debut concert, Larry Alan Smith was praised by The New York Times as “a young composer of great gifts.” Since that time, he has developed an international reputation as a composer, performer, educator and arts executive. Many of today’s outstanding soloists, chamber ensembles and orchestras have performed and commissioned works by Larry Alan Smith. Upon hearing the world premiere of his one-act opera, Aria da Capo, well-known Chicago-based critic Claudia Cassidy reported: “This is remarkable opera theatre . . . Smith has an ear for flaring brilliance . . . All this seems to me a true talent, primarily because I want to hear Aria da Capo again.”

He began his earliest musical training in Ohio, and pursued his studies in France with Nadia Boulanger and at the Juilliard School with Vincent Persichetti. While earning his B.M., M.M. and D.M.A. degrees at Juilliard, he was the recipient of several prizes, including the Joseph Machlis Prize for outstanding distinction in composition. During his final year of study, Dr. Smith was appointed to the faculty of the Juilliard School, where he taught from 1980-86. Previously, he was on the composition faculty of the Boston Conservatory.

An award-winning and prolific composer, Larry Alan Smith is represented and published by the Theodore Presser Company. This relationship also includes exclusive worldwide distribution and representation of the Tallow Tree Music Publishing catalog. Tallow Tree is a publishing company that Dr. Smith formed in 2005. Bourne Music, E.B. Marks and Colla Voce Music also publish several of his works. He is a member of the American Society of Composers, Authors and Publishers (ASCAP), and he serves on a number of regional, national and international boards. He is currently the President of both the Vincent Persichetti Society and the Lotte Lehmann Foundation.

In addition to his primary life as a composer, Dr. Smith also maintains an active performing schedule. He has guest conducted numerous orchestras and chamber ensembles in England, Brazil, Italy, Poland, Croatia, Germany and the United States. In 2013, he formed a music cooperative known as Aternus, and he serves as its Artistic Director. Dr. Smith is also an experienced pianist who frequently performs his own works.

As an arts executive, he served as the Artistic and Executive Director of Wintergreen Performing Arts (and the Wintergreen Summer Music Festival) from 2006-14, President of the School of American Ballet from 1997-2000, Dean of the Hartt School at the University of Hartford from 1990-97 and Dean of the School of Music at the North Carolina School of the Arts from 1986-90. Dr. Smith is currently Professor of Composition at the Hartt School, Artistic Director of the Associazione Musicale Peligna in Sulmona, Italy and Music Director for Bowen McCauley Dance in Washington, DC. For the 2015-16 and 2016-17 seasons, he will be serving as Composer-in-Residence for Il Coro della Virgola in Pescara, Italy.

Larry Alan Smith was a Group XI Fellow of the Kellogg National Fellowship Program, a program of the W.K. Kellogg Foundation designed to expand the nation’s pool of capable leaders. He is the President of Berg Associates, Inc., a Connecticut corporation providing a variety of arts-related services to individuals and organizations, and a Senior Advisor for Arts Consulting Group working out of the firm’s New York City office.

Dr. Smith is a prolific poet who resides in Avon, Connecticut, with his wife, pianist Marguerita Oundjian Smith. They have four sons. Larry Alan Smith is a citizen of both the United States and Italy. For more information, visit www.larryalansmith.com.