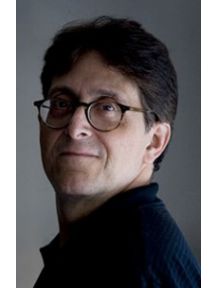 Justin Dello Joio was born in New York in 1955. He received B.M., M.M., and D.M.A. degrees in composition for The Juilliard School where he studied with Vincent Persichetti, David Diamond, and Roger Sessions.

Dello Joio has composed orchestral, chamber, vocal and solo works, as well as music for chamber orchestra. His String Quartet No. 1 was premiered and recorded the The Primavera String Quartet and has been performed in major cities throughout the United States. His music has been performed by the Detroit Symphony and other orchestras, and his Sonata for Piano was broadcast at its premiere at the Festival of American Arts at the National Gallery of Art in Washington, D.C. and has been widely performed throughout the world.

Mr. Dello Joio has received a Guggenheim Fellowship as well as two grants from The American Academy of Arts and Letters, the Lakond Award, and the Charles Ives Scholarship. He has also been the recipient of grants from the National Endowment for the Arts, the New York Foundation for the Arts, a CAPS grant from the New York State Council on the Arts, and Meet the Composer. He is the Faculty Composer-in-Residence at New York State University and resides in New York City.