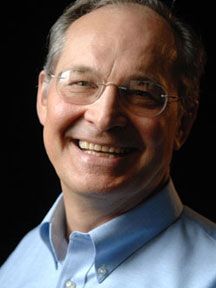 b. April 15, 1948, Philadelphia, PA
Called "superbly crafted", "touching", "poignant", "captivating", "atmospheric", and "profound" by critics, the music of Jan Krzywicki has achieved wide recognition through performances by ensembles such as the Colorado Quartet, the Chestnut Brass Company, the Pennsylvania Ballet, Network for New Music, Alea III, and others. His music has also been heard throughout the United States, in Europe, South America and Asia, at various music conferences and on national public radio. Commissions from prestigious performers and organizations such as the Philadelphia Chamber Music Society, The Music Group, Orchestra 2001,the Mendelssohn Club, among others, have led to awards from The Aaron Copland Fund, ASCAP and Meet the Composer awards, as well as a prestigious Pew Fellowship in the Arts, and a Rockefeller Foundation grant. His work scan be heard on the Albany, Capstone, North/South, and De Haske labels.

A native of Philadelphia, Krzywicki studied with Joseph Castaldo, with Vincent Persichetti at the Juilliard School, with Nadia Boulanger at the Ecole de Beaux Arts Americaines, with Darius Milhaud at the Aspen Music School, and with Edward Mattila and John Pozdro at the University of Kansas.

Krzywicki is also active as a conductor and educator. As conductor for the contemporary ensemble Network for New Music, Krzywicki has led a large number of local and world premieres. Since 1987 he has been a member of the music theory department at Temple University, while also guest lecturing at various universities.