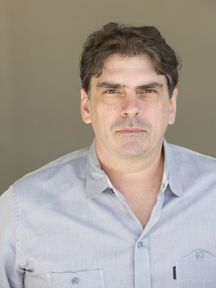 New York-based composer James Matheson is widely regarded as one of the most distinctive, vital, and creative musical voices of his generation. Among his commissions are works for the New York and Los Angeles Philharmonics, the Chicago and Albany Symphony Orchestras, Carnegie Hall, and the St. Lawrence and Borromeo String Quartets. The American Academy of Arts and Letters honored him in December, 2011 with the Charles Ives Living.

From 2009 to 2015 James served as Director of the the Los Angeles Philharmonic's innovative Composer Fellowship Program. In addition to the Ives Living award, Matheson has received fellowships and awards from the Guggenheim Foundation, Civitella Ranieri, the Bogliasco and Sage Foundations, ASCAP, and the Robbins Prize. From 2005-2007, Matheson was Executive Director of the MATA Festival of New Music in New York, which commissions and performs the work of young composers who are making their entry into professional musical life. Matheson has held residencies at Yaddo and the Liguria Study Center, and has been a fellow at the Aspen Music Festival and the Norfolk Chamber Music Festival.