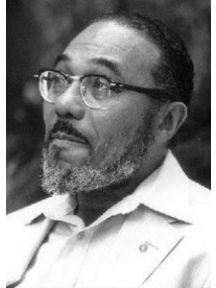 Hale Smith was born in Cleveland, Ohio, on June 29, 1925, and currently resides in Freeport, New York. He began his study of piano in 1932 and continued through 1943 when his studies were interrupted by military service. In 1946, he enrolled at the Cleveland Institute of Music where he was awarded his Bachelor's degree (1950) and his Master's degree (1952) in composition. In 1952, he was a winner of the first BMI Student Composer Awards which he used to fund post-graduate studies with Marcel Dick, his only teacher of composition.

In 1958, Mr. Smith moved to New York, where he did free-lance arranging, copying, and transcribing, as well as arranging for the Chico Hamilton Quintet (1958-1961). In 1961, he became an editor for Edward B. Marks Music Corporation. Since then, he has served as an editor and general music advisor for several major music publishers. Mr. Smith has served on the Board of Directors of Composer's Recordings, Inc., and the Board of Governors of the American Composers' Alliance, and the board of Directors of the American Music Center. He was a panelist in the Music Program of the National Endowment for the Arts (one year as Co-Chairman) and for the New York State Council for the Arts. He also served as Distinguished Scholar-in-Residence at Xavier University in New Orleans (Negro College Fund) for the year 1986-1987, received recognition as Distinguished Alumnus and an Honorary Doctorate Degree from the Cleveland Institute of Music, and an Award from the American Academy and Institute of Arts and Letters in 1988. He has lectured frequently at schools throughout the Untied States and is a Professor Emeritus of Music at the University of Connecticut. He has served on the Board of Advisors of the International Library of Piano Music and the Black Music Center of Indiana University. In 1973, he was awarded the Cleveland Arts Prize in recognition of his accomplishments.

Mr. Smith's works have been performed by the National Symphony, the Cleveland Orchestra, the New Orleans Symphony, the New York Philharmonic, the American Symphony, the Symphony of the New World and the Cincinnati Symphony, among others. Recordings of his works included Contours for Orchestra by the Louisville Orchestra, Ritual and Incantations by the Detroit Symphony, The Valley Wind by Hilda Harris and Zita Carne, Evocation by Natalie Hinderas and In Memoriam - Beryl Rubenstein by Robert Shaw. Mr. Smith has also written for such jazz luminaries as Eric Dolphy, Chico Hamilton, Billy Mitchell, Dizzy Gillespie, Abby Lincoln, Frank Foster, and Ahmad Jamal. In addition, his educational music is used throughout the United States and has received high praise from educators.