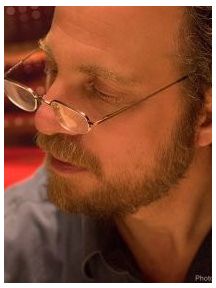 Gerald Levinson, born in 1951 and raised in Connecticut, has been increasingly recognized as one of the major composers of his generation. In 1990, he received the Music Award (for lifetime achievement) of the American Academy of Arts and Letters, which cited his "sensitive poetic spirit, imaginative treatment of texture and color" and his "potent and very personal idiom which projects immediately to the listener."

Levinson's principal teachers were George Crumb, George Rochberg, and Richard Wernick at the University of Pennsylvania; Ralph Shapey at the University of Chicago. He then studied at the Paris Conservatory with Olivier Messiaen, for whom he later served as translator and assistant. He is the Jane Lang Professor of Music at Swarthmore College, where he been on the faculty since 1977, and has twice served as Chair of the Department of Music and Dance. He spent 1979-80 in Bali as a Henry Luce Foundation Scholar, composing and studying Balinese music, and returned there in 1982-83 as a Guggenheim Fellow.

Critic Paul Griffiths has written:
"What must thrill anyone who comes in contact with Gerald Levinson's music is its sheer joy in sound, and the decisiveness with which it sings or dances its way through time. In sympathy with sound, in sympathy with time, Levinson's music is close to the natural phenomena on which all music depends. Two things spring from this. One is that his music can easily evoke other natural phenomena: the sea, the stars, rugged landscapes. The other is that this music is in tune with other kinds of music from around the world. Levinson's resources are classical western: he writes for the symphony orchestra, for the piano, and for chamber groupings of conventional instruments. His disciplines, too, are those of the western tradition. But the east was present in his music even before his first trip there. His works, right through his career for far, exist on companionable terms with Mahler's music and with Bali's, with Ravel's and with Japan's, with Messiaen's and with India's, with Stravinsky's and with China's, with America's symphonic tradition and with Tibet's slow melody. Out of all this he is creating, piece by piece, a world of his own."

Levinson has received numerous awards for his music, including two fellowships from the National Endowment for the Arts, the Goddard Lieberson Fellowship and the Music Award from the American Academy of Arts and Letters, and the Pew Fellowship in the Arts (2007). His music has been widely performed in the US and Europe by major orchestras and ensembles, such as the American Composers Orchestra, the London Sinfonietta, the Rochester Philharmonic, the Los Angeles Philharmonic, the Philadelphia Orchestra, the Seattle, Indianapolis and Cincinnati Symphonies, the City of Birmingham (England) Symphony Orchestra, the orchestras of the Aspen and Tanglewood Festivals, and many others, led by such conductors as Sir Simon Rattle, Christoph Eschenbach, Oliver Knussen, Gunther Schuller, Gerard Schwarz, Esa-Pekka Salonen, David Zinman, and Hugh Wolff.

His principal works include two large-scale symphonies: Anahata (Symphony No. 1) (1986) and the Second Symphony (1992-94) (commissioned by the Koussevitzky Foundation and premiered by the Los Angeles Philharmonic, conducted by Sir Simon Rattle) as well as six other works for large orchestra, and numerous other chamber-orchestra, ensemble, vocal, keyboard, and band works.. His Five Fires (1995) was broadcast worldwide by the BBC as part of the 1997 Masterprize Competition for orchestral music, and was awarded the Prix International Arthur Honegger. Two of Levinson's recent works were commissioned by the Philadelphia Orchestra: Avatar (2003), for the inaugural concert of Christoph Eschenbach as Music Director in 2003, and Toward Light (2006) for organ and orchestra, for the dedication of the new organ in its concert hall, Verizon Hall. His newest works include Three Fables (2009) for narrator, violin, and cello, to poems by Robert Lax (commissioned by the American Composers Forum for Auricolae Children's Music Ensemble), and Now Your Colors Sing (2011) for double string orchestra (for Orchestra 2001 and the Philadelphia International Festival of the Arts). His current project is a solo organ work for Olivier Latry.