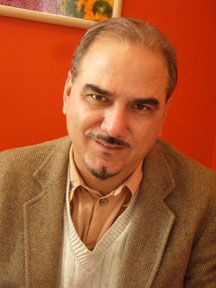 Within two years of receiving the Grawemeyer Award, widely recognized as the most prestigious composition prize internationally, for his Violin Concerto No. 2, George Tsontakis has been awarded the world's richest prize for a composer, the Charles Ives Living, given by the American Academy of Arts and Letters. The three year term of the Ives Living is from 2007 to 2010.

The 2006-2007 season featured over 100 performances of Mr. Tsontakis's major works, including dozens in Europe, with premieres of his Naumburg-commissioned Midnight Rain song cycle for Sari Gruber and Clair de Lune by the St. Paul Chamber Orchestra, and works on the schedules of the Chicago, American, Albany, and Oregon symphonies, the St. Paul Chamber Orchestra and the Athens State Orchestra. Stephen Hough performed Tsontakis's epic Ghost Variations (nominated for a Grammy for Best Composition and the only classical work included on TIME Magazine's 1998 Top Ten Recordings) at the Salzburg Festival and on the Paris-Louvre Series. Mr. Tsontakis continues his three-year Meet The Composer residency with the Albany Symphony. He is Composer-in-Residence with the Aspen Music Festival and will be the featured composer-in-residence for the Chamber Music Society of Lincoln Center in 2008-09, where he will write a work to commemorate the reopening of Alice Tully Hall. His Cathedral was the inaugural work for Aspen's Benedict Music Tent.

Mr. Tsontakis's music has been recorded on the Hyperion, KOCH, New World, INNOVA, Opus One and CRI labels. KOCH issued his monumental Four Symphonic Quartets, conducted by James DePreist, and recently released two discs of chamber music to great critical acclaim. Three all-Tsontakis orchestral CDs have been or will soon be released, including a Hyperion disc of his Man of Sorrows piano concerto and KOCH CDs featuring the St. Paul Chamber Orchestra and the Albany Symphony. Mr. Tsontakis serves as Distinguished Composer-in-Residence at Bard College Conservatory. His honors include Kennedy Center Friedheim Awards in both chamber and orchestral music, the 2002 Berlin Prize and an award for lifetime achievement from the American Academy. Mr. Tsontakis studied at Juilliard with Roger Sessions and has taught at the Aspen Music Festival and School since 1976. He founded the Aspen Contemporary Ensemble and was director from 1991 to 1998.