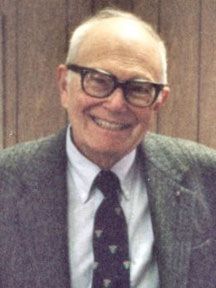 Ezra Laderman was born in Brooklyn, NY on June 29, 1924. His parents, Isidor and Leah, both emigated to the U.S. from Poland. Though poor, the family had a piano. Ezra writes, "At four, I was improvising at the piano; at seven, I began to compose music, writing it down. I hardly knew it then, but I had at a very early age made a giant step to becoming a composer." He attended New York City's High School of Music and Art.

Laderman studied composition with Stefan Wolpe, and with Otto Luening and Douglas Moore at Columbia University. He has taught at Sarah Lawrence College and at the State University of New York at Binghamton, where he also held the position of composer-in-residence. He has also held the position of composer-in-residence at Yale University. He has received three Guggenheim Fellowships and the Rome Prize, and had residencies at the Bennington Composers Conference and at the American Academy in Rome.

On April 25, 1943, Laderman was inducted into the U.S. Army and served as a radio operator with the 69th Infantry Division during World War II. Laderman writes "we were in Caversham, England poised to enter the war. It was here that I learned that my brother Jack had been shot down and killed in Germany. The Battle of the Bulge, crossing the Rhine at Remagen, liberating Leipzig, meeting the Russians at Torgau on the bank of the Elbe were the points in this constellation that was filled with tension and waiting, victory and grief. We became aware of the horror, and what we now call the 'holocaust,' while freeing Leipzig." During the weeks after the war was over, Laderman composed his Leipzig Symphony. This work brought him recognition within the army, and subsequently he was assigned as orchestrator of the GI Symphony Orchestra. Laderman was discharged from the army on April 22, 1946.