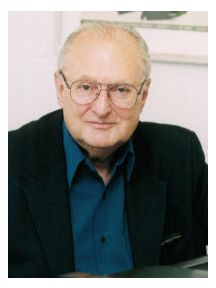 Donald Harris served on the faculties and as an administrator at the New England Conservatory of Music (1967-77) and the Hartt School of Music, University of Hartford (1977-88), before becoming dean of the College of the Arts and professor of music at Ohio State in 1988. In 1997, after a thirty-year career as a senior-level administrator in higher education and the arts, he stepped down as dean and joined the OSU faculty in composition. From 1954 until 1968, Harris lived in Paris, France where, among other things, he was music consultant to the United States Information Service and produced the city's first postwar Festival of Contemporary American Music. Harris earned bachelor's and master's degrees in composition from The University of Michigan, where he was a student of Ross Lee Finney. He continued his studies with Lukas Foss, Boris Blacher, Nadia Boulanger, André Jolivet and Max Deutsch, a student of Arnold Schoenberg.

Harris has received numerous commissions, including the Serge Koussevitzky Music Foundation, Elizabeth Sprague Coolidge Foundation in the Library of Congress, St. Paul Chamber Orchestra, Radio France, the Cleveland Orchestra, the Goethe Institute, Boston Musica Viva, Connecticut Public Radio, Cleveland Chamber Symphony, Arnold Schoenberg Institute (The Pierrot Project) and the Festival of Contemporary American Music at Tanglewood. He is co-editor of the W. W. Norton publication of the correspondence between Alban Berg and Arnold Schoenberg, for which he received an ASCAP Deems Taylor Award (1989). In 1991 he was honored with an award in composition from the American Academy and Institute of Arts and Letters (1991), which led to a retrospective recording of his work on the CRI label (1994). In 1990 he was featured composer on the Leningrad (USSR), Musical Spring '90, sponsored by the Union of Leningrad Composers.

His music is published by the Editions Jobert in France, and in this country by Theodore Presser and GUNMAR Music, a division of G. Schirmer/AMP and Shawnee Press. In addition to CRI, his compositions have been recorded on the Delos, Centaur, and NEC-Golden Crest labels. He has been the recipient of a Guggenheim Fellowship, a Fulbright Scholarship, numerous ASCAP Awards, grants-in-aide from the Rockefeller and Chapelbrook Foundations and the Alban Berg Stiftung, the Louisville Orchestra Prize, the Prince Rainier III of Monaco Composition Award, the A.C. Fuller Award from the Julius Hartt Musical Foundation, and a National Endowment for the Arts Fellowship Grant. His articles and reviews have been published in Perspectives of New Music, the Journal of the Arnold Schoenberg Institute, the Newsletter of the International Alban Berg Society, College Music Symposium and Notes.