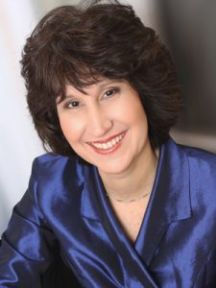 Composer and Conductor, Diane Wittry, writes music that is "evocative and soulful" and colorized with "a large pallet of orchestral sounds and textures."

In 2015, Diane Wittry was named one of the "30 Top Music Professional" by Musical America nationally. She also has been profiled in The New York Times and Newsweek magazine. Wittry received her Masters Degree from the University of Southern California Thornton School of Music, where she was recently named the "Outstanding Alumnus."

Diane Wittry has served as an adjudicator for the Nissim Composer's Competition in New York sponsored by ASCAP, and for the I-Park International Composer's Competition. She has also been selected to participate in Composer Residency Programs in Connecticut and Italy. Other composition awards Diane Wittry has received include a CAP (Composers Assistant Grant) from the American Music Center and a Haddon Career Grant award.

Diane Wittry is currently the Music Director and Conductor of the Allentown Symphony, PA. She is well-known nationally and internationally as a conductor and conducting teacher, and she received the "Helen M. Thompson Award" from the League of American Orchestra for her artistic leadership with the Symphony of Southeast Texas. She is the author of two award winning books that have become standards in the field: "Beyond the Baton--What Every Conductor Needs to Know" and "Baton Basics--Communicating Music Through Gestures," both published by Oxford University Press.