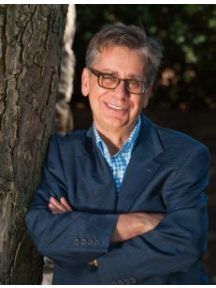 Chester Biscardi’s music has been performed throughout Asia, Europe, and North and South America. It has been featured at the Beijing Modern Music Festival, the Gaudeamus Festival in Rotterdam, the Huddersfield Contemporary Music Festival in England, Moscow Autumn, Music Today-Japan in Tokyo, the Thailand Composition Festival in Bangkok, the Lincoln Center Out-of-Doors Festival, the North American New Music Festival in Buffalo, the Festival of New American Music in Sacramento, New Music On The Point in Vermont, Piccolo Spoleto, the Staunton Music Festival, the International Guitar Festival of Morelia, and the Bienal of São Paulo, Brazil. Performances of his music have also been sponsored by the American Composers Orchestra, the BBC-London, the Chamber Music Society of Lincoln Center, the Cygnus Ensemble, Ensemble TIMF of Korea, the Gothia Percussion Ensemble of Sweden, the Group for Contemporary Music, the Houston Symphony, the Library of Congress, the National Flute Association, the New Jersey Percussion Ensemble, the Orchestra Sinfonica di Roma della RAI, the Orchestra of St. Luke’s Chamber Ensemble, Sequitur, and UNESCO/International Music Council.

Born in 1948 in Kenosha, Wisconsin, he received a B.A. in English Literature, an M.A. in Italian Literature, and an M.M. in Musical Composition from the University of Wisconsin-Madison, and an M.M.A. and a Doctor of Musical Arts degree from Yale. He is Director of the Music Program at Sarah Lawrence College, where he was the first recipient of the William Schuman Chair in Music.

For more detailed information, including the composer's thoughts on his own music, please visit www.chesterbiscardi.com.