Score Preview
$129.99 Regular Price $129.99
SKU
495-00019L
SKU
495-00019
Leshnoff gained wide notariety with the premiere of Starburst by the Baltimore Symphony Orchestra (Marin Alsop conducting) in 2010. Some 20 orchestras have programmed the work since. And now, the new version of Starburst for Symphonic Band was premiered by The United States Marine Band (Lt. Col. Jason Fettig, conductor) in Washington, DC on March 25, 2018.
Skip to the end of the images gallery 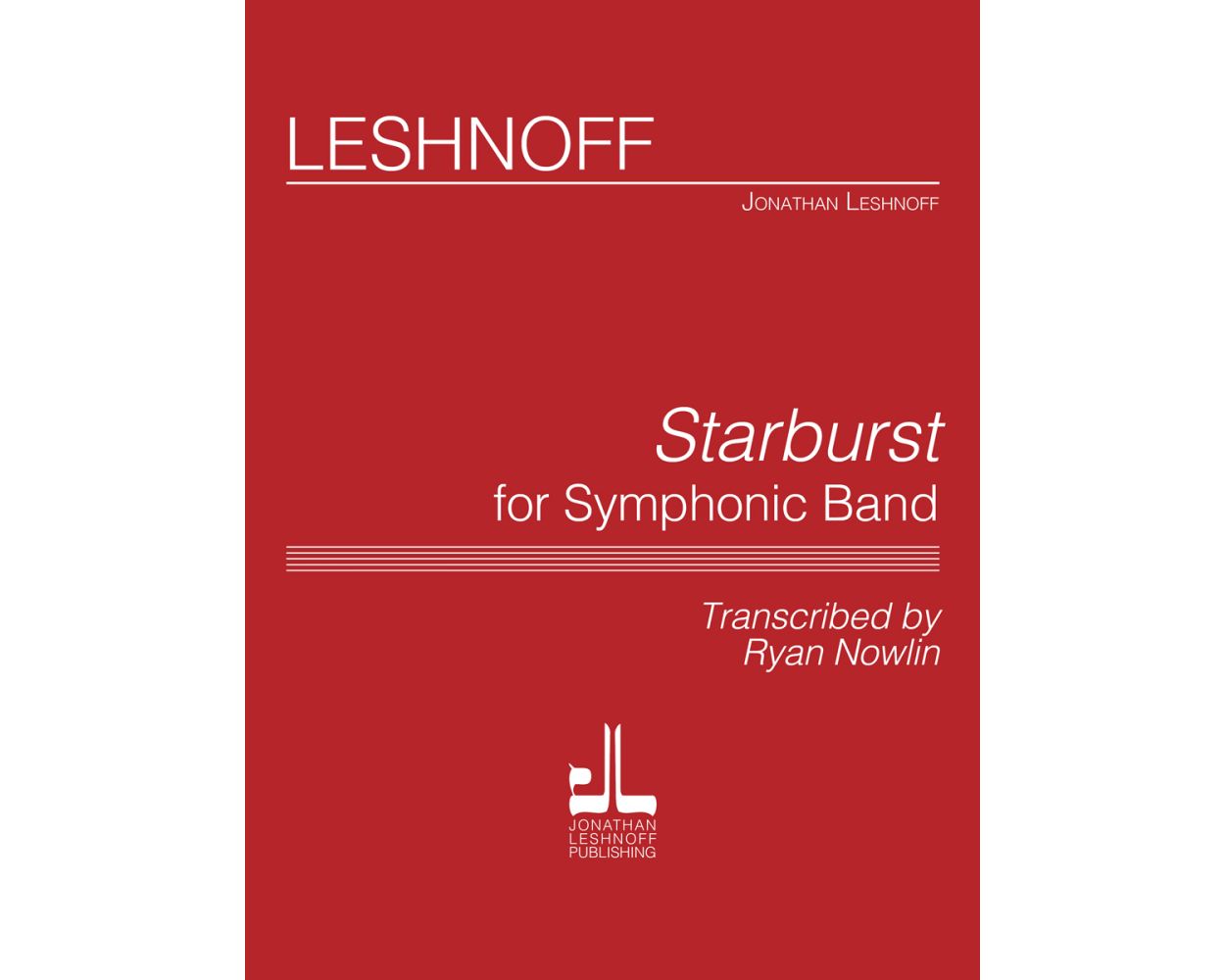