Songs of a Sourdough

for tenor and piano

$19.99
SKU
491-00673
Add to Wish List
Lias describes his Songs of a Sourdough as “a vibrant and emotional song cycle ([for those] sick of the Vaughan-Williams)… a manly five-movement set.” Built on five texts by Robert Service, the songs explore life in the Yukon, with its dire struggles and wondrous rewards. Service left his upbringing in Scotland behind to sail to Western Canada to become a cowboy in the Yukon wilderness in 1894. Lias would spend years exploring our National Parks, with special affinity for Alaska. More than a century apart, these two talents would combine in Songs of a Sourdough.
Skip to the end of the images gallery 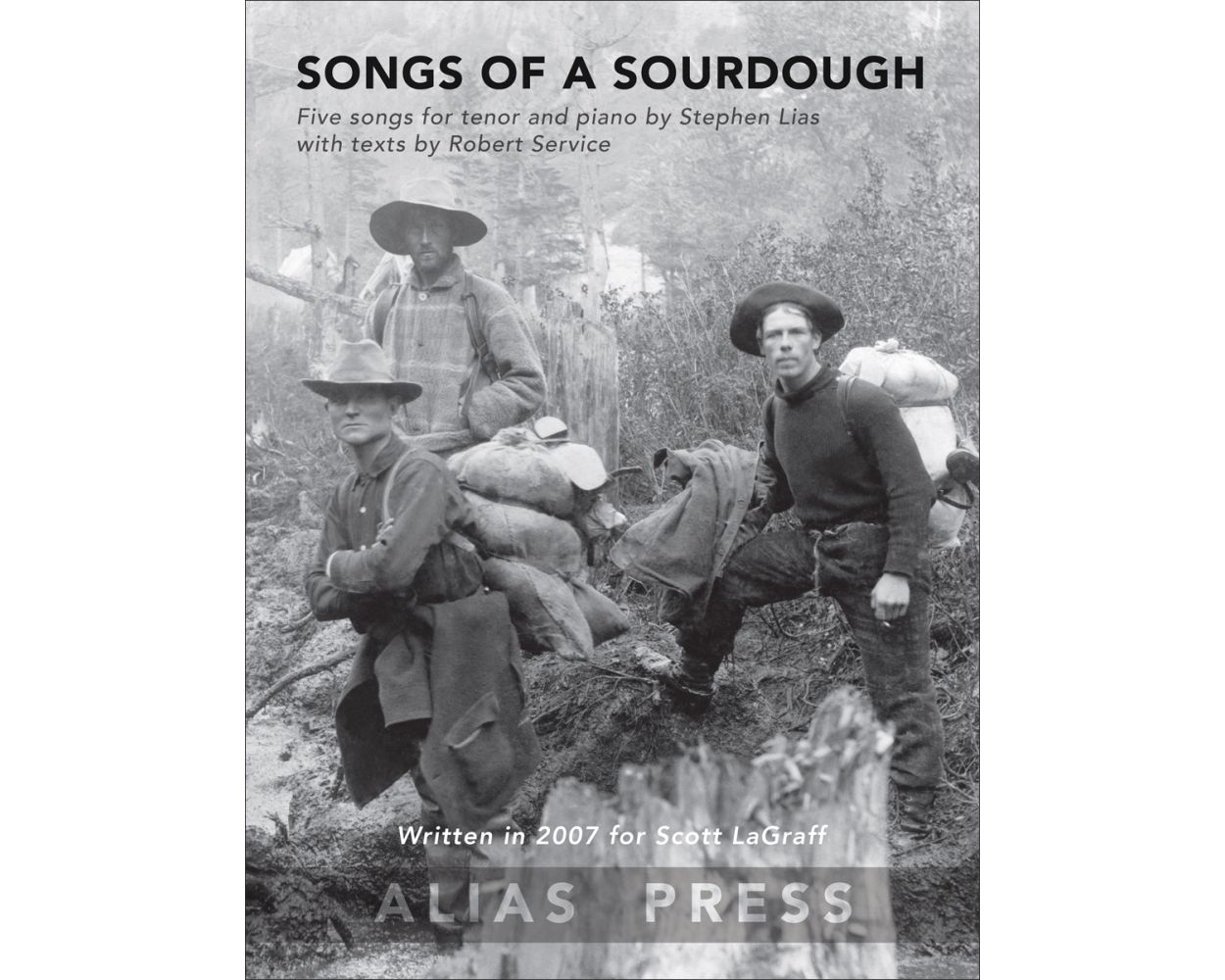