You May Bury Me in the East

John Work (arranger)
$2.25
SKU
392-03108
Add to Wish List
Thorpe includes a concise biography of John Wesley Work, III, third in a line of distinguished choir directors, musicians, and ethnomusicologists whose mission became the collection and preservation of slave songs and spirituals. Work, III became a leading expert on spirituals, while composing over 100 works of his own. Like his father before him, he became director of the Fisk Jubilee Singers, a group founded in 1871 to eventually perform "slave songs" all around the world, and You May Bury Me in the East was written during his years as director.
Skip to the end of the images gallery 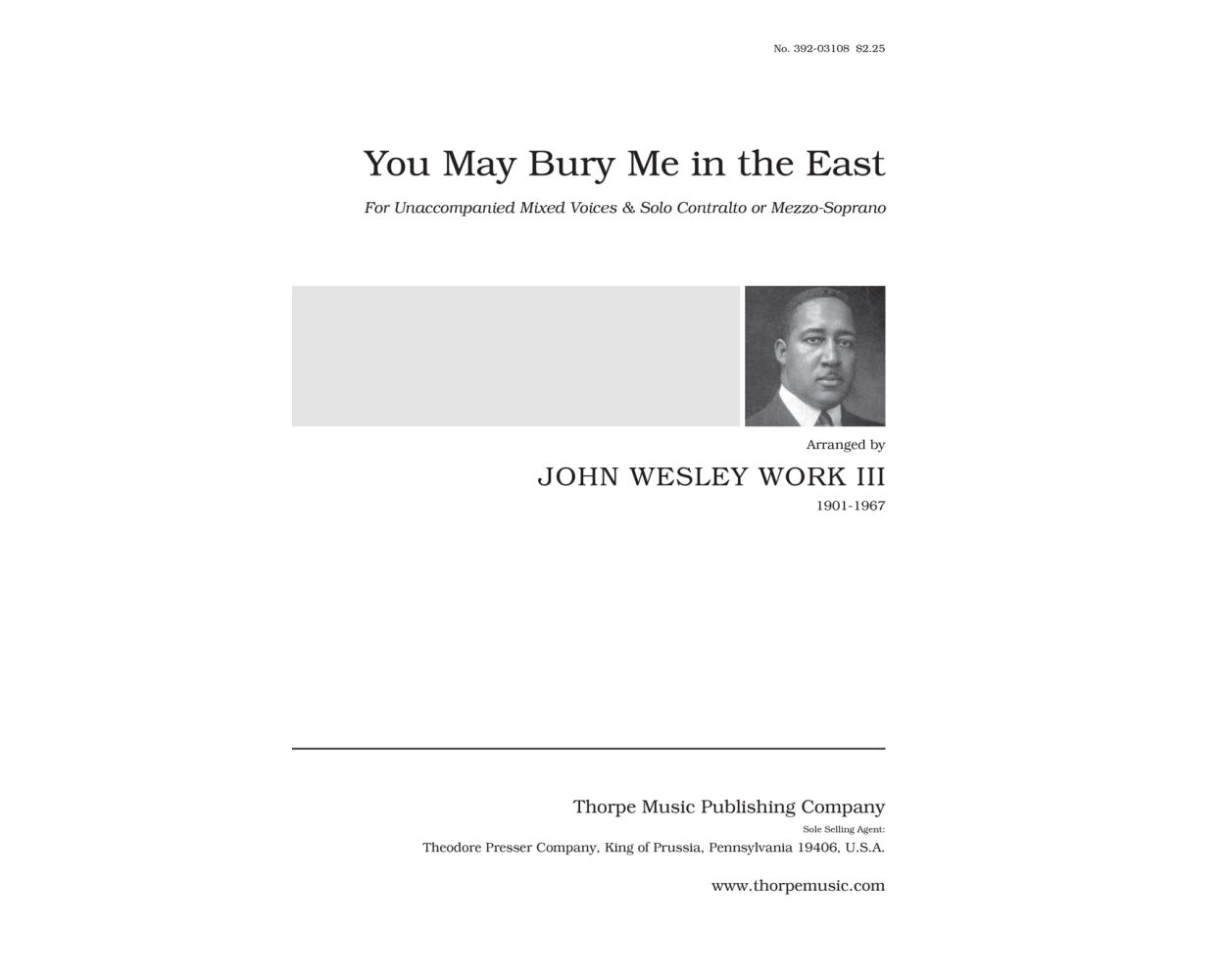