Beloved, let us love one another

Arthur Foote (composer)
$1.95
SKU
392-03107
Add to Wish List
Thorpe brings a new print of a lovely choral response by an important figure in early American liturgy. Arthur Foote, who received the first master's degree in music ever to be granted by an American university, served for 32 years as choir director and organist of the First Church of Boston, and went on to become a founder of the American Guild of Organists and more. Among his many pieces for church services, Beloved, Let Us Love One Another is an example of a short response, accessible to congregations, choirs, and musicians.
Skip to the end of the images gallery 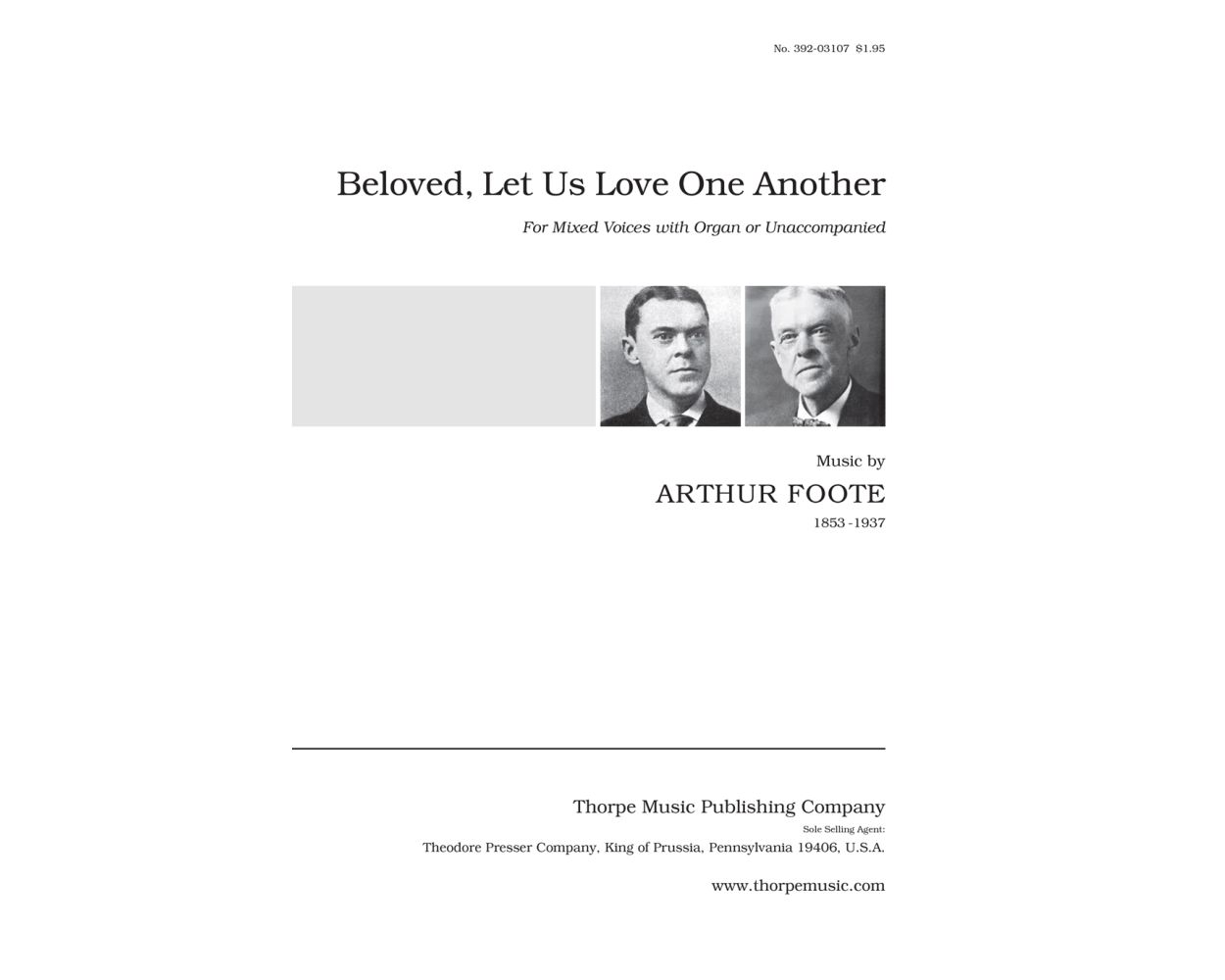