$20.99
SKU
114-41863
SKU
114-41863D
The film noir genre of 1940s cinema typically includes a strong but flawed male lead (often a detective), a beautiful woman who coerces the male into committing murder or is a killer herself (a “femme fatale”), and a twisting plot line that involves one or more homicides. These movies typically are shot in black and white, with emphasis on shadows and light, alcohol and cigarettes, trench coats and fedoras. Most of the story lines do not have happy endings. Inspired by this genre, Noir Vignettes consists of four movements, each depicting an aspect of film noir: Murder at Midnight, Loaded Gun, Femme Fatale, and Last Cigarette. Also available for doublebass and piano (114-41811, $19.99) at normal discount.

Other works by Stacy Garrop

Other Cello Solos you may enjoy 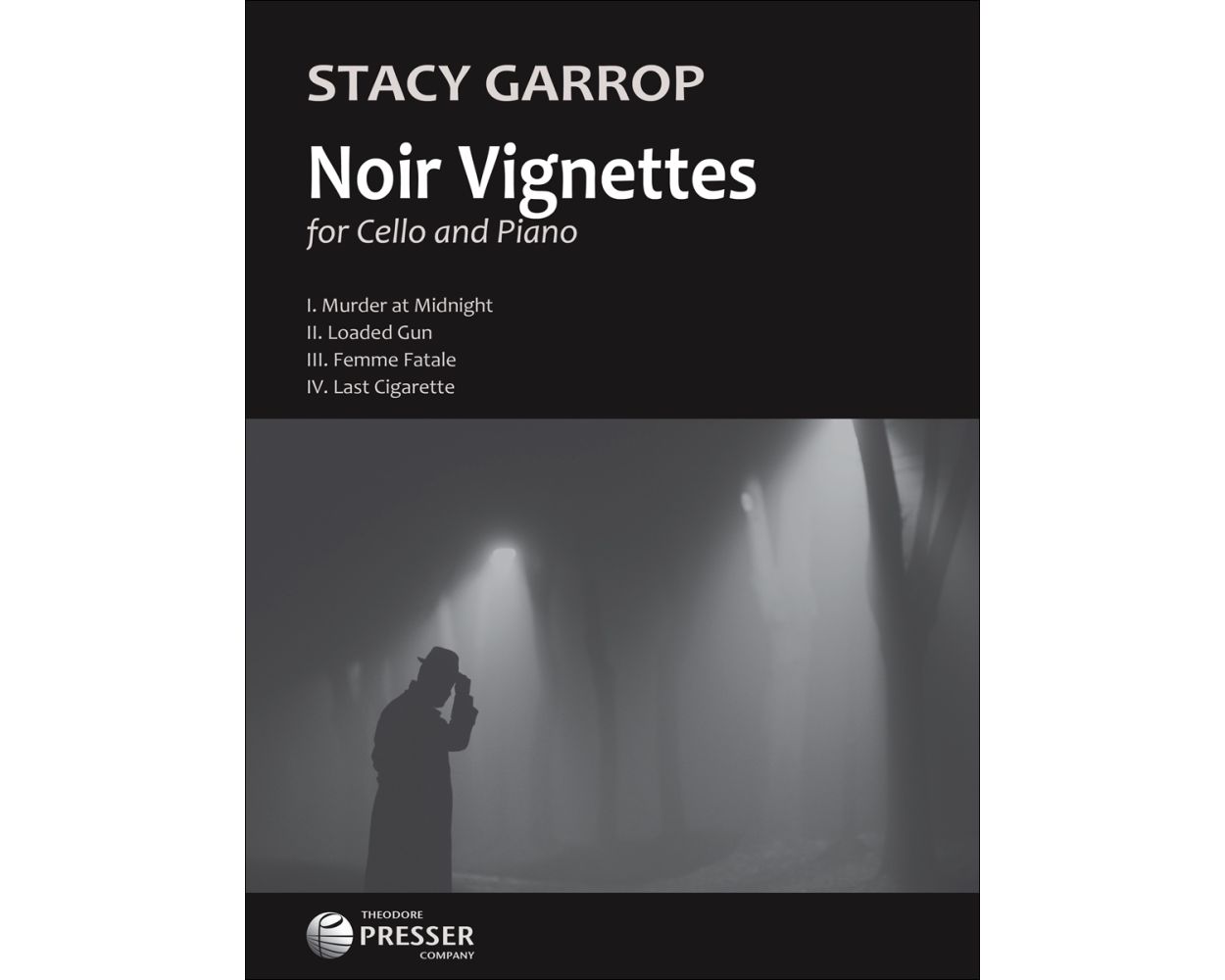