▼ SHOW MORE
Score and Parts; Folio
Fireworks
NFA 2016
$32.99
SKU
114-41770
Add to Wish List
To mark its 50th anniversary, the Flute Society of Washington commissioned Daniel Dorff to compose a celebratory work for large flute ensemble, to premiere en masse at its 2016 convention. Dorff responded with Fireworks, a 5-minute dazzler scored for 2 piccolos, 4 C flutes, 2 altos, 2 basses, and 1 contrabass. In describing performance of Fireworks, Dorff says: Real pyrotechnic fireworks typically shoot upward quickly and neatly, pop at the top, and then cascade downward slowly in a beautifully out-of-sync descent. Fireworks has many passages musically depicting this crisp upward whoosh exploding into downward sprinkles, often punctuated by a pop at the top.

Other works by Daniel Dorff

Other Flute Ensembles you may enjoy

Other Woodwind Ensembles you may enjoy 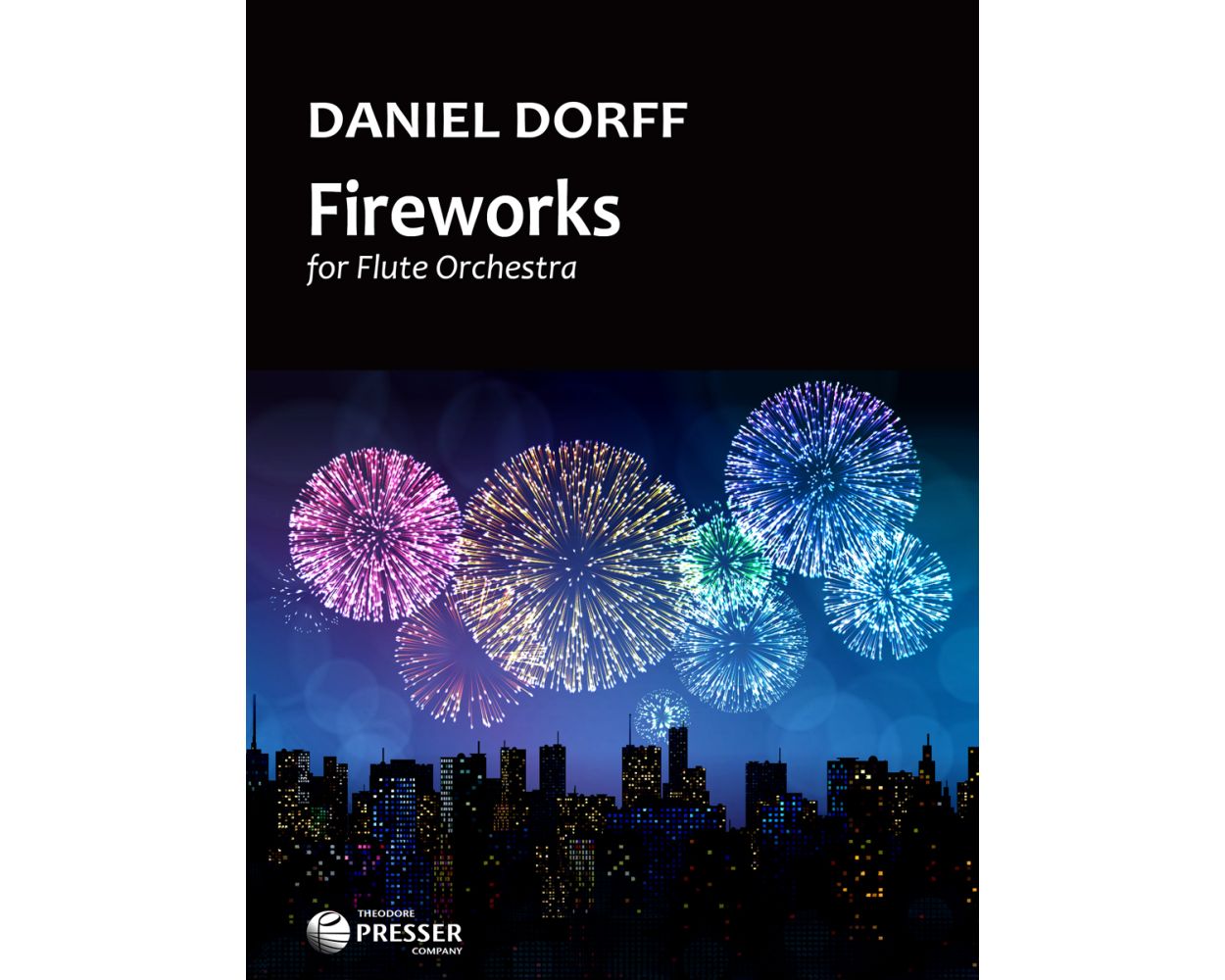