$9.99
SKU
111-40317
Add to Wish List
An enticing rarity in the vocal literature, 1861 is a 5-minute work for unaccompanied voice – a miniature monodrama, sung a cappella. Okoye’s music and dramatic pacing are in tune with Whitman’s words about the Civil War erupting soon after Lincoln’s inauguration. Whitman’s opening lines, “Arm’d year! Year of the struggle! No dainty rhymes or sentimental love verses for you,” describe both the real world and Whitman’s self-referential poetry, and they are the starting blocks for Okoye’s powerful setting. 1861 was originally composed for solo Tenor (published separately), and later transposed for solo Contralto.

Other works by Nkeiru Okoye 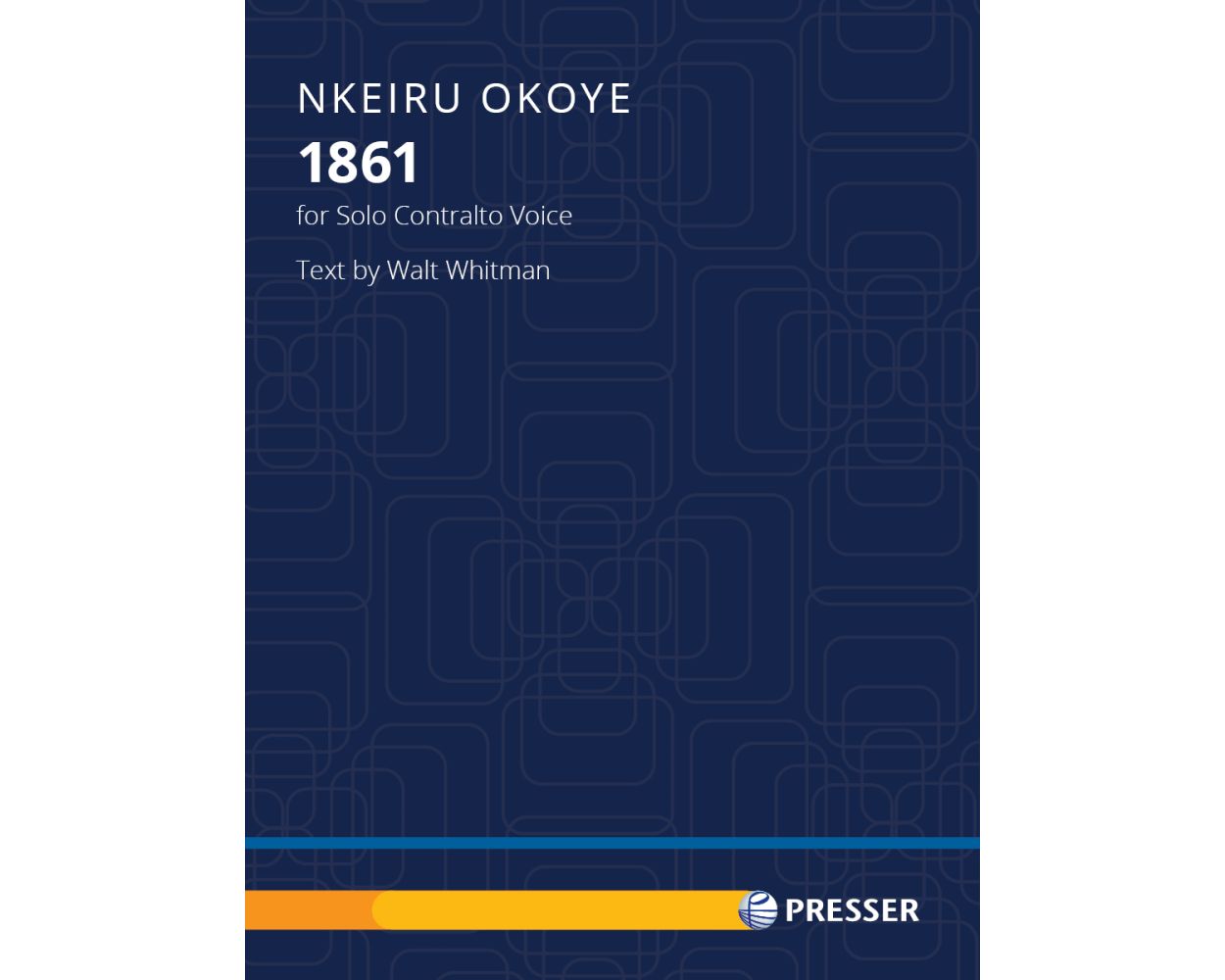