$31.99
Custom Print
Allow 4-5 days
Custom Print
Allow 4-5 days
SKU
111-40278D
SKU
111-40278SD
SKU
111-40278S
SKU
111-40278
Made available from composer's original edition
Made available from composer's original edition
"Adonai Malach" (Psalm 93) was commissioned by Congregation Emanu-El B'ne Jeshurun in Milwaukee, as part of a 1985 conference of composers and cantors, where each composer was paired with a cantor and assigned a text from the Jewish liturgy. The challenge I set for myself was to make this short piece melodically appropriate for Cantor Abraham Lubin's beautiful cantorial style, while, at the same time, at least hinting at a harmonic style more inclusive than that what is generally heard in a Shabbat Service setting. As I found out, there is a Jewish mode specifically associated with "Adonai Malach", and bearing its name, the intervallic properties which are quite intriguing: taking a major scale as a point of reference, this mode as a major third for third scale degree, but minor third at the tenth, a minor seventh at the seventh scale degree, but a half-step leading tone. The vocal and horn parts of my piece, complementing one another, loosely conform to this pitch arrangement through much of the piece. The woodwind trio (piccolo, oboe and clarinet) treated for the most part in block fashion, offer a counter-part of a considerably more dissonant, one might say pungent, style. Throughout I have attempted to preserve the exultant quality of the text. "Adonai Malach" is a small offering to my beloved father, to whom it is dedicated.

Other works by Shulamit Ran

Other Mixed Quintets you may enjoy 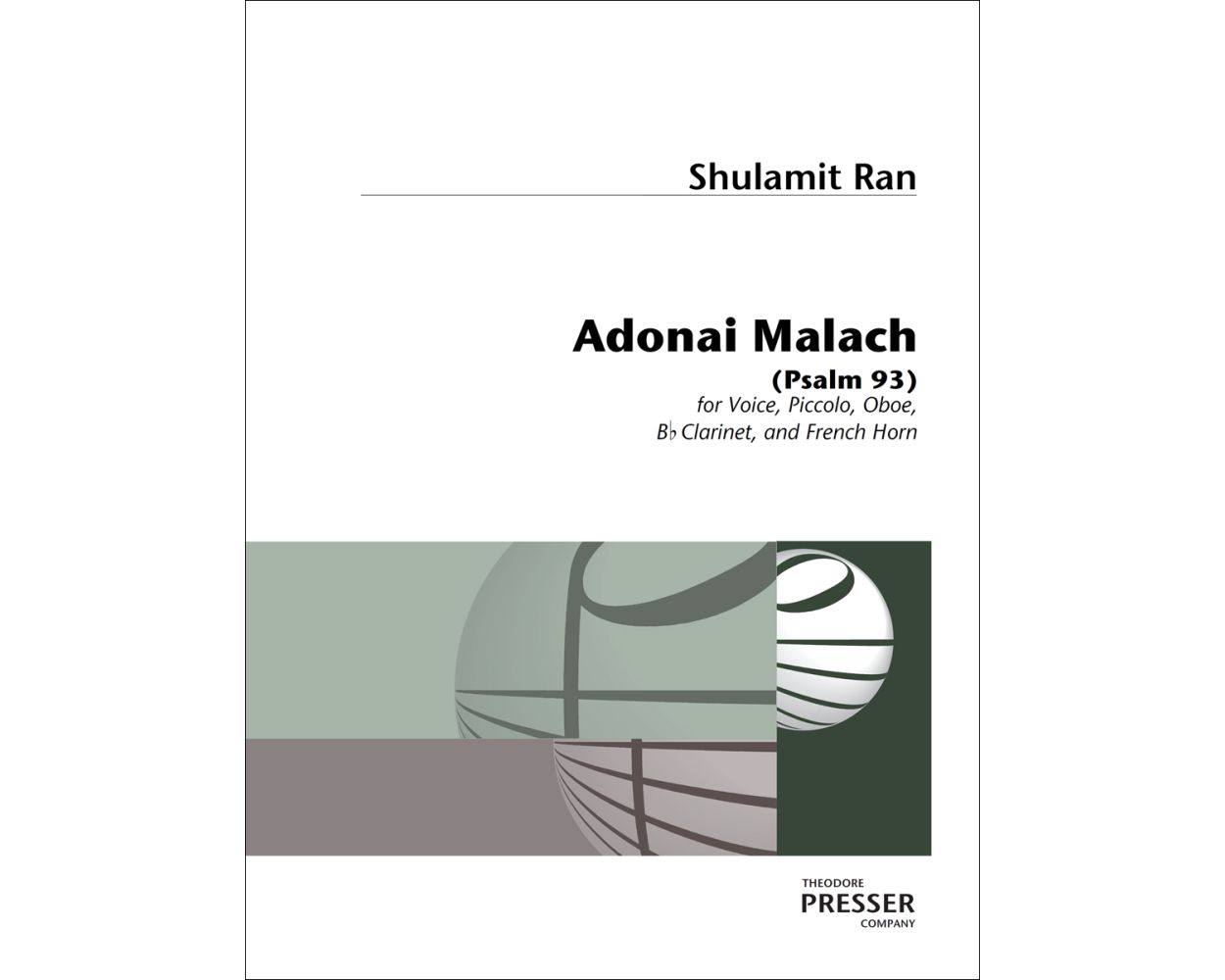