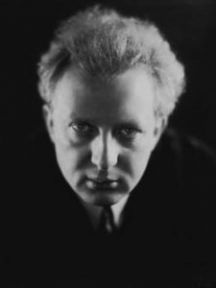 Leopold Anthony Stokowski (18 April 1882 – 13 September 1977) was a British conductor of Polish and Irish descent. One of the leading conductors of the early and mid-20th Century, he is best known for his long association with the Philadelphia Orchestra and for appearing in the film Fantasia. He was especially noted for his free-hand conducting style that spurned the traditional baton and for obtaining a characteristically sumptuous sound from the orchestras he directed.

The art of "transcription" allowed Stokowski the chance to stretch his sonic imagination. It also satisfied his desire to present music that he believed otherwise unavailable to concert audiences. He orchestrated works written originally for other media, created "symphonic syntheses" of operatic literature, and reorchestrated existing instrumental works. Almost two hundred of such arrangements survive, the majority only in manuscript. His reworkings of Bach keyboard compositions are the most commonly encountered examples, yet they comprise but a fraction of the total number, which ranges from Jean-Philippe Rameau to John Philip Sousa.

“When Handel wrote the Messiah, he conceived of choruses of heroic dimensions which produced a glorious ocean of sounds but the orchestra of his time was limited and the instruments were far less evolved than they are today. To play and sing this music today we should, in my opinion, try to conceive of the orchestra as Handel himself would conceive of it, if he had the instrumental potentialities we have today. This is what I have tried to do with some of Bach's music. Naturally those whose minds are concerned with the written and literal aspects of music--in our imagination--will not admit the constant evolution of music and the never-ending growth of its expression.” --Leopold Stokowski, Music for All of Us

The Stokowski Archive is a University of Pennsylvania Special Collection.