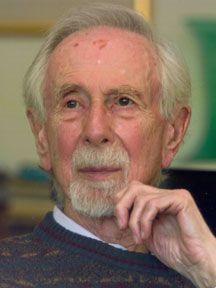 "All human gestures are available to all human beings at any time." This became George Rochberg's credo in the years following his famous change of compositional style. Rochberg's music following this change was, as musicologist Richard Taruskin puts it, "to challenge the whole idea of stylistic obsolescence. And to challenge that idea was to put in question the 'necessity' of the twentieth century's stylistic revolutions: the most sacred of all modernist dogmas." In Taruskin's view, Rochberg's later music does not depend on the "sophisticated irony" that was becoming commonplace in the 1970s and 80s, but rather a "disconcerting sincerity." In this respect, the music was a parallel of the man who, in the words of Kyle Gann, "exhibited an honesty and courage that transcended all differences of ideology" and who was seen by many as a highly progressive and revolutionary force who changed forever the face of American music.

From the 1940s until the 60s, Rochberg emerged as one of America's first and finest serialist composers. He then gradually reassessed his compositional outlook and ultimately embraced composition in tonal styles. It was this turn to a whole-hearted employment of traditionally-oriented tonal possibilities which not only warmed up the musical climate, but also opened the way to greater freedom and latitude in the way composers could express themselves. Rochberg may have been speaking for others as well as himself when he declared serialism "finished, hollow, meaningless."

The storm center of this change of heart and mind came with the first performance and subsequent recording of his Third String Quartet : a work whose appeal, according to Donal Henahan of the New York Times, lay in its "unfailing formal rigor and old-fashioned musicality. Mr. Rochberg's quartet is : how did we used to put it? : beautiful."

Michael Walsh, then with the San Francisco Examiner, expressed the view that "Rochberg's Third Quartet may come to be seen as the work that defines the attitudes of a generation of composers What is important about it was that it represented a way out of the maze. The defection of so prominent a serialist could not be ignored by all those young composers who were just developing their styles : composers who are now turning up on programs themselves."

Following the 1971 Third String Quartet, Rochberg produced new quartets, symphonies, and concertos which added to his prominence in the concert hall. It is a body of work informed throughout by what Rochberg called his "deep concern for the survival of music through a renewal of its humanly expressive qualities." International recognition came to Rochberg through widespread performance of his works by leading orchestras, conductors and soloists. Many of his works have been recorded, and his music has been the subject of discussion in journals and magazines in America and abroad.

Beginning with the first performances of his Night Music in 1953 by the New York Philharmonic with Dimitri Mitropoulos conducting, other works subsequently achieved major attention, notably the Symphony No. 2 with George Szell and the Cleveland Orchestra (1959 and 1961); the Oboe Concerto, commissioned for Joseph Robinson and performed by Zubin Mehta and the New York Philharmonic (1984); Symphony No. 5 premiered by Sir Georg Solti and the Chicago Symphony (1986); Symphony No. 6, with Lorin Maazel conducting the first performances with the Pittsburgh Symphony (1987) and Concerto for Clarinet and Orchestra, commissioned for Anthony Gigliotti, principal clarinet, by Wolfgang Sawallisch and the Philadelphia Orchestra, and premiered in 1996. Another important work in Rochberg's oeuvre is the Violin Concerto, which was first performed by Isaac Stern in America, England and France during the mid-1970s. Several alterations were made to the concerto before these performances and the work's subsequent recording that departed from the composer's original vision, and in March 2002 a revised and restored version by Rochberg was premiered by violinist Peter Sheppard-Skaerved and the Saarbrücken Radio Symphony Orchestra, conducted by Christopher Lyndon-Gee, who had been a major and enthusiastic force behind the project. A recording of the concerto as well as a recent release of Symphony No. 1 are available on the Naxos label, part of an on-going project by Lyndon-Gee and Naxos to record all of Rochberg's orchestral music.

Mr. Rochberg was also an influential writer about music; his seminal book "The Aesthetics of Survival (A Composer's View of Twentieth-Century Music)" examines the legacy of modernism in music, in relation to tonality, melody and harmony. Originally published in 1984 by University of Michigan Press, it is now in a new, revised and expanded edition (2005). "Eagle Minds" is a recently published (Wilfrid Laurier University Press, Waterloo, Ontario) 40-year correspondence between Rochberg and the Canadian composer Istvan Anhalt, two composers with widely diverse points of view. Other writings include his memoir, "Five Lines, Four Spaces" (University of Illinois Press) and a technical work, "A Dance of Polar Opposites: the Continuing Transformation of our Musical Language." Many of Mr. Rochberg's writings, scores, and other memorabilia are on display at the George Rochberg music room, part of the John J. Cali building at Montclair State University.

Born in Paterson, New Jersey, on July 5, 1918, Rochberg began his studies in composition at the Mannes School of Music, and, after serving as an infantry lieutenant in World War II, resumed them at the Curtis Institute of Music. He taught at the Curtis Institute from 1948 to 1954; and in 1960 he joined the faculty of the University of Pennsylvania, where he served as a chairman of the Department of Music until 1968. He retired from teaching in 1983 as Emeritus Annenberg Professor of the Humanities.

He married Gene Rosenfeld in 1941, and they had two children, Paul and Francesca. George Rochberg was a long-time resident of Newtown Square, Pennsylvania; he died on May 29th 2005 in Bryn Mawr Hospital with his wife and daughter at his side.