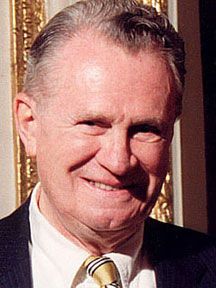 Francis Thorne's music was not performed professionally until he was 40 years old. He had been, respectively, Naval officer, banker, stockbroker, and jazz pianist. Although he had two years of study with Paul Hindemith at Yale, Hindemith discouraged a composing career. It wasn't until he had private studies with David diamond in Florence, Italy, that he developed the craftsmanship and confidence to pursue a professional composing career.

Thorne's first orchestral work after completing his studies with Diamond was Elegy for Orchestra. When Eugene Ormandy premiered it with the Philadelphia Orchestra in 1964, the Philadelphia Bulletin described it as "deeply felt and effective." The success of Elegy brought Thorne back from Florence to New York, where he combined music administration and composing. His catalogue of works includes seven symphonies, fifteen concerti, four string quartets, and the opera Mario and the Magician.

He was Executive Director of the Walter M. Naumberg Foundation and the American Composers Alliance, and was President and CEO of the American Composers Orchestra for many years. He also spent two years as Executive Director of Lyn Austin's Music Theater Group and, for seven years, he ran the Thorne Music Fund which awarded three-year fellowships to American composers of "mature years and recognized accomplishments." Recipients of these fellowships included Stefan Wolpe, Ben Weber, Lou Harrison, David Diamond, Jacob Druckman, Lucia Dlugoszewski, and Henry Brant among others.

He served on the Boards of the MacDowell Colony, The Manhattan School of Music, Composers Recordings, Inc., American Music Center, American Brass Quintet, the Group for Contemporary Music, the American Composers Alliance, and the Walter M. Naumberg Foundation. He also served on the music panel of the New York State Council on the Arts.

He was elected in 1988 to membership in the American Academy of Arts and Letters, where he has served as Treasurer and Board Member. He also belonged to the American Composers Alliance, American Music Center, and was a member of the Century Association and Broadcast Music, Inc. (BMI).

Thorne passed away on March 7, 2017. His music is published by Merion Music (Theodore Presser Company), C.F. Peters, and General Music, and is recorded on New World Records, CRI, Louisville and Serenus.