Sonata for Flute and Piano

Score and Parts
Special Price $14.97 Regular Price $24.95
SKU
494-02755
Add to Wish List
DAL DOSAI takes its title and movement names from the realm of Indian cuisine, but the real inspiration was the simple idea of composing music that is both rigorous and whimsical, both intellectual and fun. Still, it can be quite fun to connect the music to the culinary theme. Dal Dosai is a pancake usually stuffed with curried potatoes or other spiced vegetables. Garam Masala (Movement 1) is an aromatic mixture of nutmeg, cloves, black pepper, and cinnamon, all ground together and sprinkled on the dal at the very end. Asafoetida (Movement 2) is a pungent resin extracted from ferula root. When it is cooked in hot oil, its odor dissipates, exuding instead a warm truffle-like flavor. Asafoetida is usually the first ingredient added to a flavoring of oil and spices called a Tarka, the last step of preparing a dal. As the Tarka (Movement 3) heats up, it pops, sprays and splatters. This fascinating and exotic flute sonata appears on several CDs and youtubes.
Skip to the end of the images gallery 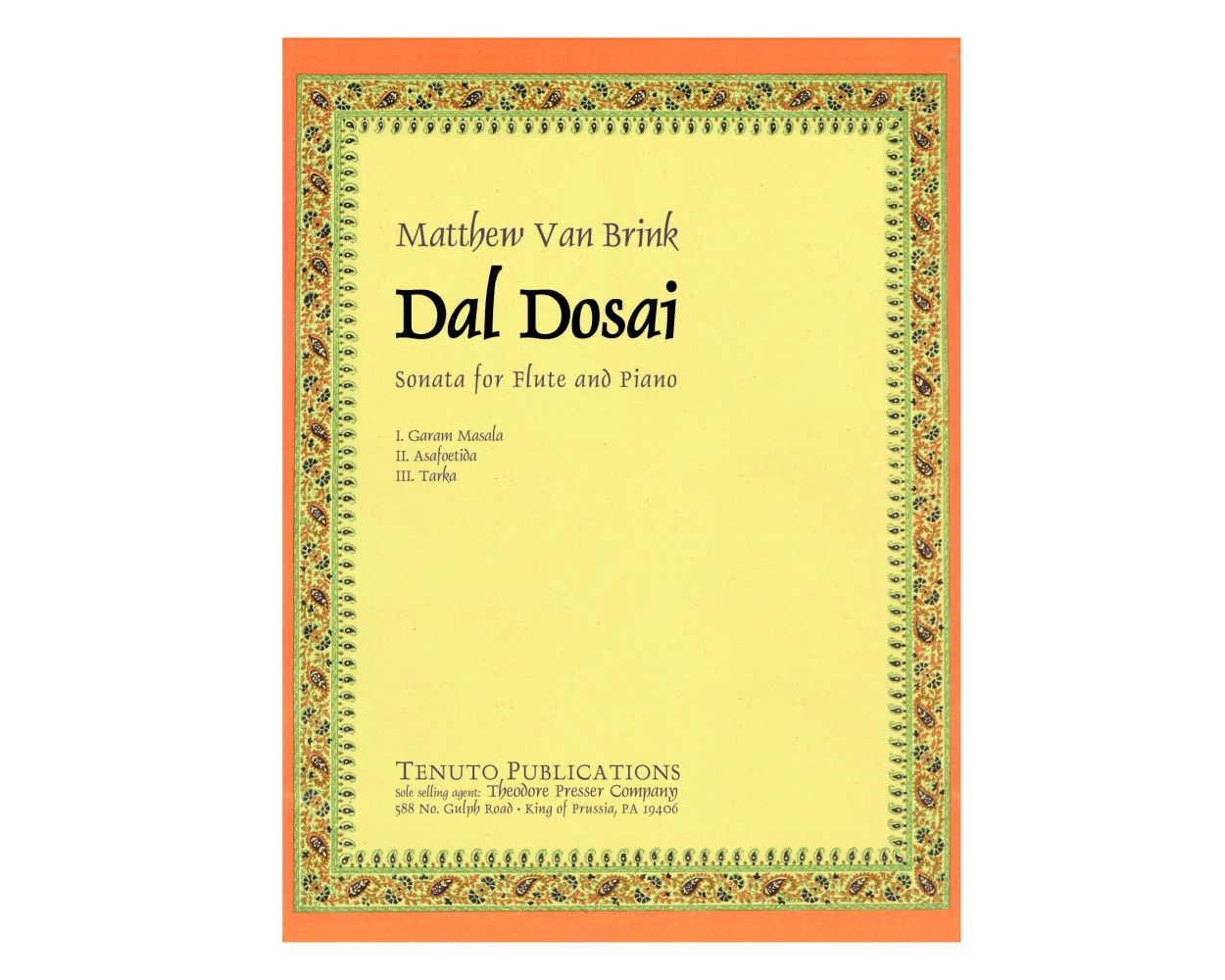