Performance Score
$20.50
SKU
491-00672
Add to Wish List
These four songs, composed in 1928, are settings of poems by Sara Teasdale published in 1924. Poetry, a Magazine of Verse, founded and edited by Harriet Monroe, was perhaps the most influential publication of its type in America. These four poems appeared in volume XXIV, no. 1, on pages 1, 2, and 4. Bennett’s settings were premiered as part of a 1 March 1931 New York concert of music by six Americans sponsored by the League of Composers. Radiana Pazmor, a singer who was becoming well-known as a proponent of new music, took on the four songs. She was, not surprisingly, accompanied at the piano by the composer. Pazmor championed the music of Ruth Crawford, Marc Blitzstein, and finally Charles Ives. In a 1933 letter to him, she described her instrument: “My voice is a sort of mezzo-contralto, but it is quite supple and I have a very good range, singing many songs in the mezzo soprano tessitura.” The other composers on the program were Alexander Steinert, Ruth Crawford, Kathleen Lockhart Manning, and Tolbie Snyderman.
Skip to the end of the images gallery 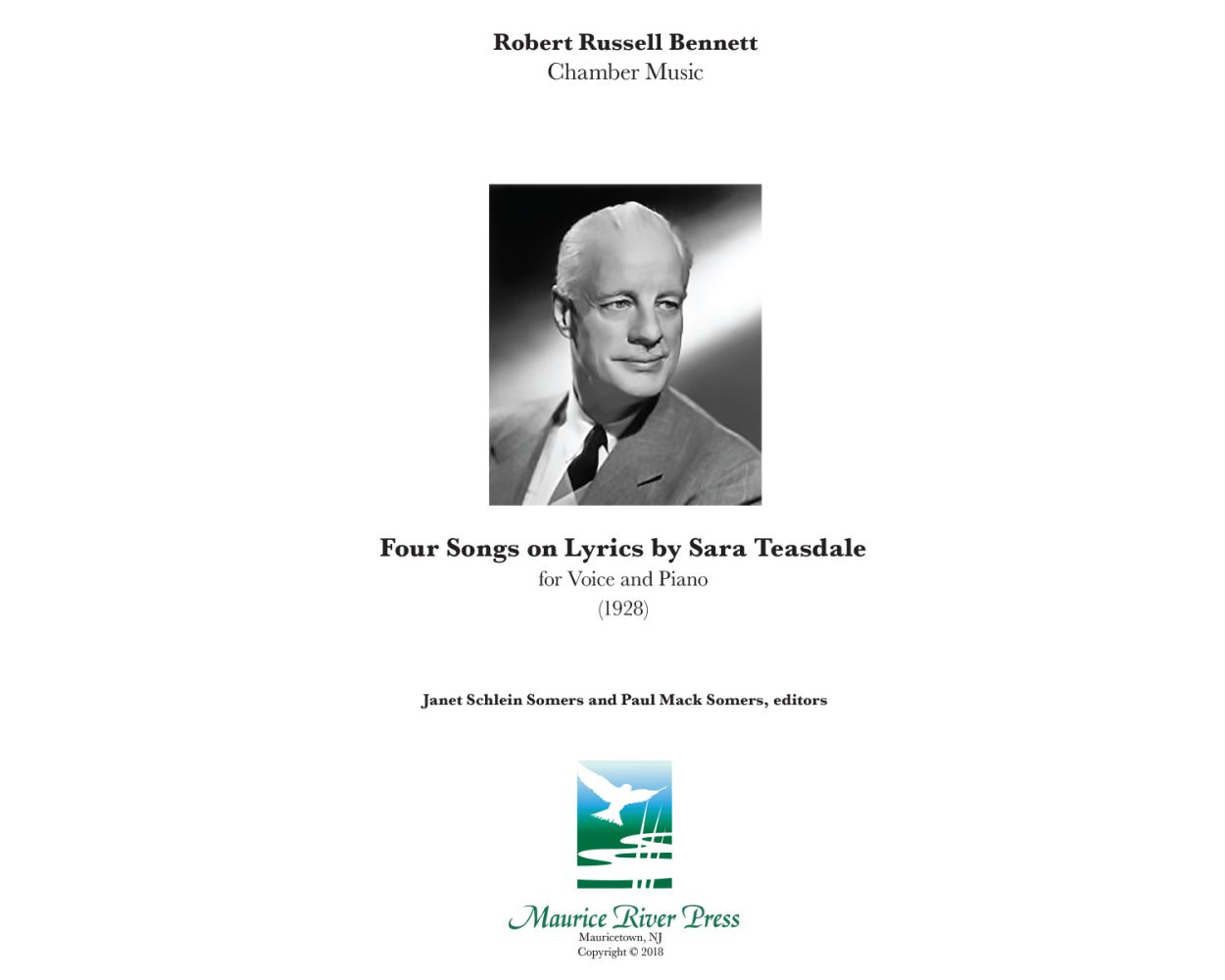